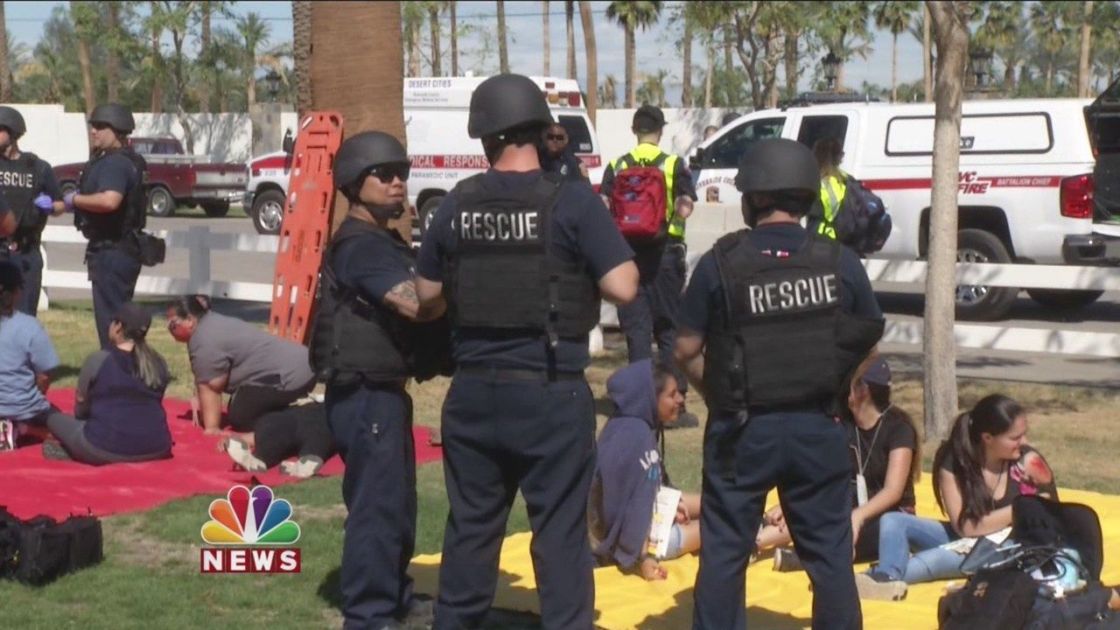 First Responders Prepare For The Worst Ahead Of Concert Season

With major concerts like the Coachella Music and Arts Festival and Stagecoach right around the corner, first responders geared up for a training exercise to prepare themselves for the worst case scenario.

"What happens in a city of one hundred thousand people on any given day? It’s the same thing we face at Coachella. It’s the exact same thing," said Sergeant Dan Marshall of the Indio Police Department.

Cal Fire and the Indio Police Department chose to mimic a scenario that has happened in the past.

"We had two devices, the first device was detonated, people were injured and then as that team went to go help out those people, they would encounter a second device. So not unlike the tragedy from the Boston Marathon," said Marshall.

The goal was to practice all aspects of responding to that type of a situation. First responders set up a command and control center, practiced getting medical attention to those who were injured,  locating those responsible for the bombing and making sure no additional explosive devices were in the area. Officials from Riverside County also came out to grade the performance of the emergency response teams.

"We have multiple patients. We get them all together, we triage them, see who is more critical than others and we try to transport them as quickly as possible to local hospitals," said Cal Fire Captain Randy Diaz.

Volunteers were on hand to make this training exercise as realistic as possible. Volunteer actors went as far as using makeup to simulate blood and even used props to create realistic injuries.

"It was really cool and exciting, a little nerve racking, but I was playing a 55-year-old male with an impaled eye so it was pretty intense," said Christina Grajeda.

"It’s very important that we keep as much realism as we can, that way when it really happens you’re just on autopilot," Marshall said.