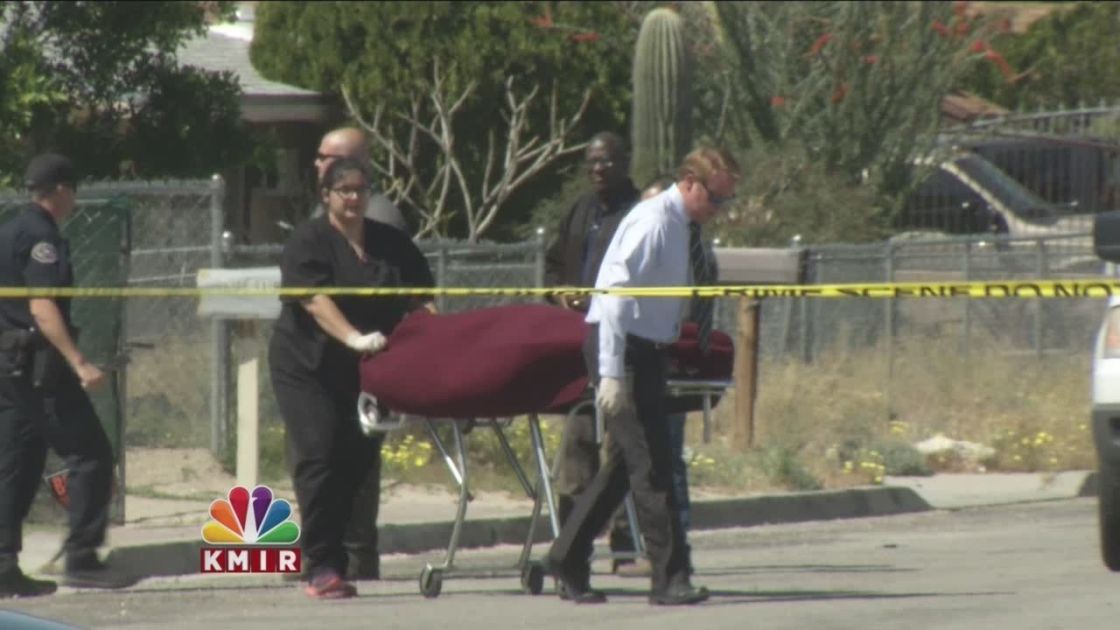 Joseph Bambusch says he was having a typical Monday morning drinking his coffee when he heard a commotion. It was a woman at his door.

"She was afraid, she was scared … she jumped my gate at 5:30 this morning she wanted to use my cell phone to dial 911," says Joseph who lives in Desert Hot Springs, adding she was on the verge of tears as she explained what she saw and why she urgently needed his phone, "there was somebody dead in the front yard."

Just across the street, a few houses down on 6th Street and Cactus Drive in, police say they responded to the call. There on the driveway of a blue home, they found the body of a man who had been murdered.

Jim Henson, Deputy Chief of the Desert Hot Springs Police Department says officers patrol this neighborhood often but find it odd they didn’t receive any other calls for service related to this murder, like a disturbance, fight or gunshots, "We have had incidents in the past in this neighborhood and last night we received no other calls it was just this morning so we’re trying to figure out what actually happened."

People who live in this neighborhood say while crime is down in the city this murder doesn’t surprise them.

"Every night you hear gunshots," says Joseph adding that just a few months back another man was killed a few streets down.

"They’ve had shootings here before," says Jesse, who moved to the are from East Los Angeles six years ago, "things always happen right in DHS."

But this man says police are already doing their part.

"They’re doing the best they can and so we got to be on our guard too," says Kevin Bambusch.

The victim has been identified as 21-year-old Freddy Morales of Cathedral City. A person who lives nearby who did not want to be identified says he heard gunshots at around 3:00 in the morning.

Henson says the public’s help in solving cases like these is critical, "The police department solves these cases by having the public you know call us with any little bits of information, because one here one there, we put it together and that’s how we solve crime."