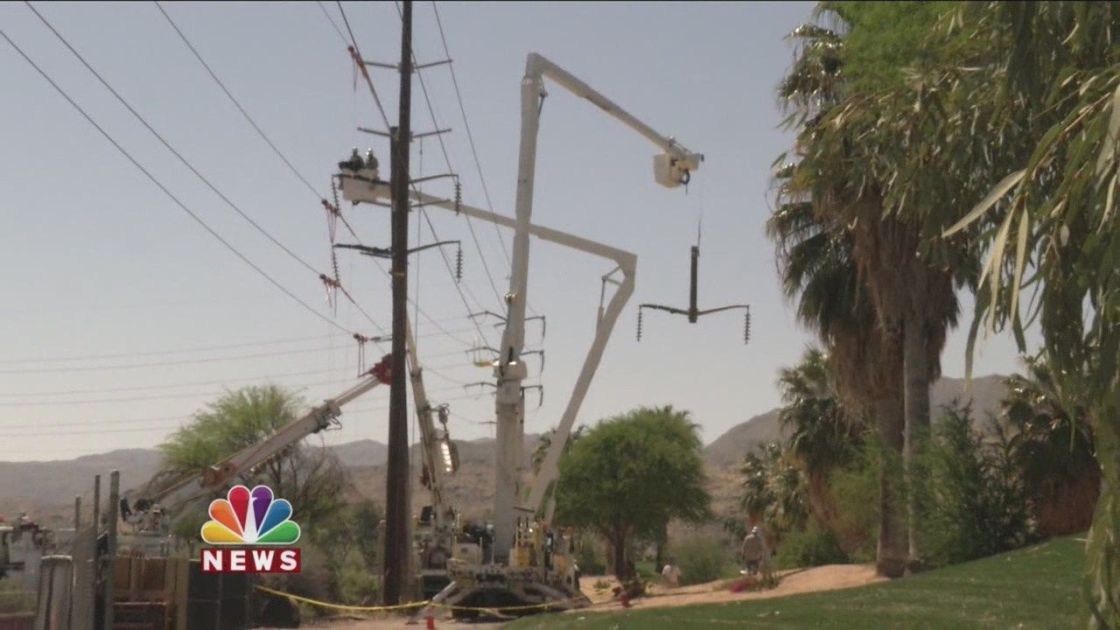 After high winds swept through much of the valley, Southern California Edison and city crews were left picking up the pieces.

In Palm Springs, a power line was teetering dangerously close to falling over and prompted an evacuation at Wet’N‘ Wild Water Park.

"We did ask everybody to leave just because of the proximity of it,” said David Andrews, the general manager of Wet’N‘ Wild. “Now fortunately there was plenty of people here and they all left home safely.”

The park reopened Friday morning after a major cleanup effort from employees. Some of the attractions still remain closed.

"The wind storm really blew a lot of tree debris around the park. Obviously that kind of stuff goes into the pools. It did blow some awnings off, it blew some tubes around," said Andrews.

One golfer was critically injured after a tree fell on to his golf cart at Tahquitz Creek Golf Resort. Golfers on the course Friday say the conditions have been better.

“There were other places on the course that looked like a bomb may have gone off with all the debris, plus the fallen trees, a couple across the cart path where we had to divert around them and on the tee boxes, so very significant damage,” said golfer Jeff Kauffman.

At the Palm Springs Air Museum, the high winds knocked over a fence that is designed to withstand one hundred mile per hour winds.

“It picked up two of our airplanes knocked over one of the fences behind us here. And then did quite a bit of damage to this H34 helicopter which we’re in the process of converting into Marine 1. And then PV2 which is a submarine hunting airplane was spun around and actually lifted in to one of the storage containers that we have here,” said Fred Bell, Palm Springs Air Museum Vice Chairman.

While the Aerial Tramway in North Palm Springs remains closed, Indian Canyon was reopened Friday after brown out conditions made it nearly impossible to see anything.