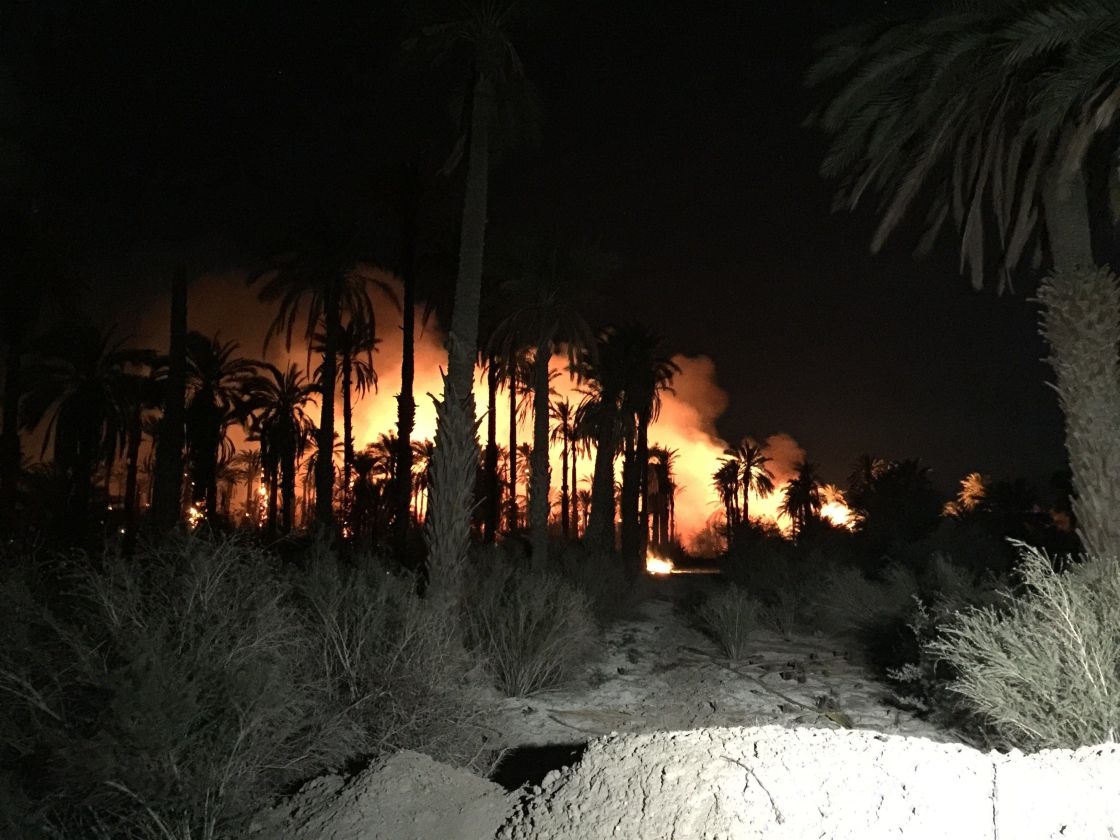 A fiery inferno reaching high into the sky over Mecca burned nearly 30-acres of land throughout Thursday morning. The fire started around 2 a.m. at the corner of Avenue 66th and Lincoln Avenue.

More than 50 firefighters on scene faced gusts of up to 15 mph while they attempted to contain the flames.

"Fire’s holding in check on the south side," said Captain Fernando Herrera with Cal Fire. "We’re working to get a perimeter set to keep the fire contained.

Firefighters were told to keep outside of the perimeter to let the fire run its course initially but several hours later, a dozer was used to create a break.

"Basically it becomes a crown fire and spreads very rapidly," said Herrera. "Fire off the perimeter and burn any unburned field that will stabilize…"

At its peak, the blaze consumed what was once home for dozens of transient residents. They were evacuated shortly after the fire started and sent to a nearby gas station leaving what little they owned, behind.

"A lot of shacks, a lot of small homes or tents that they even build," said Herrera.. "They were more concerned about their personal belongings that they have there."

Thursday mornings fire is the biggest one Cal Fire crews have fought in several years and it’s coming quite early.

"It is a little early in the season, were still not at peak fire season," said Herrera.

California fire season normally begins in May when the majority of wildfires begin. Herrera says this fire was likely caused by those transient residents living in the brush off Avenue 66th.

Power was shut off briefly to several homes nearby in the Saint Andrews Mobile Home Park due to the fire but the power has since been restored.

The American Red Cross and Riverside County’s Emergency Management Department were called in to help the mobile home park residents, as well as several transients who lived in the palm grove according to Cal Fire officials.

Fire officials remained throughout the afternoon to put out the last of several hotspots. The cause of this fire is currently under investigation.