Officers on Alert After Gang Threat 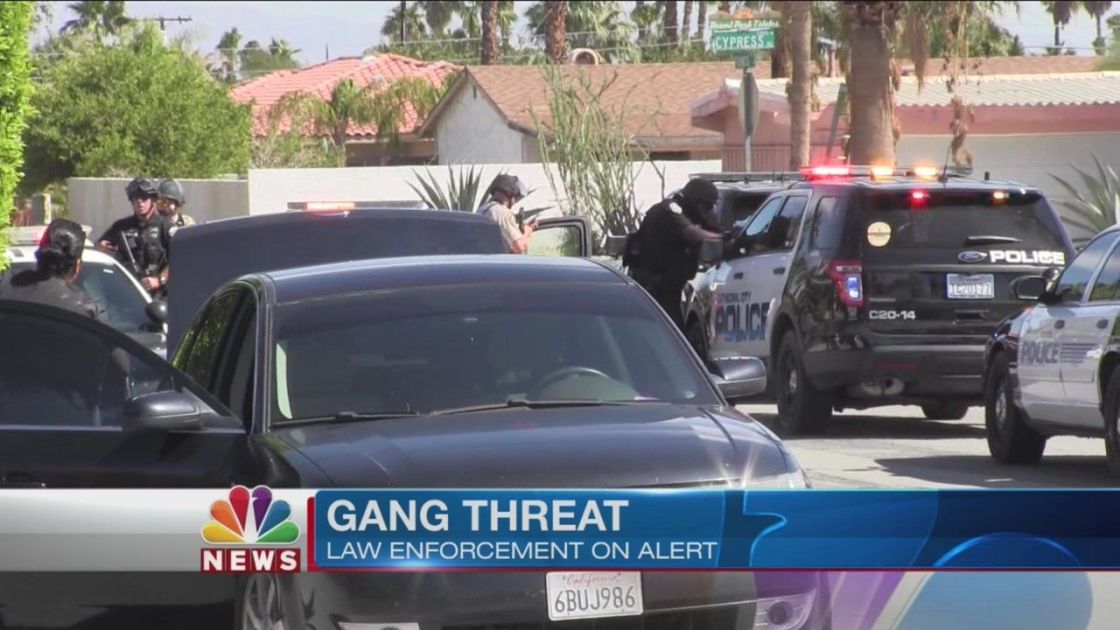 The L.A. County Sheriff’s Department issued a bulletin alerting Southern California law enforcement agencies about a threat their homicide bureau uncovered during an investigation on a shooting involving one of their deputies. The LASD says the threat was issued by criminal street gangs to on duty law enforcement officers but didn’t specify which gang or which agency but warned all officers to be vigilant and alert in their surroundings.

Sergeant Dan Marshall with the Indio Police Department says they’re no strangers to threats, "Increased violence toward officers has been popping up you know of course we had that horrible tragedy in Palm Springs, you know we’re still not even a year away and now we had one right here in our backyard so I think that’s in every police officers’ mind."

Other than California Highway Patrol, that is doubling up at night because of these threats, all other agencies in the valley are just remaining vigilant and sending extra patrol cars high risk calls.

Sergeant William Hutchinson with the Palm Springs Police Department says they always ask officers to remain vigilant and take extra precautions but because of the lack of personnel most departments can’t put two officers in patrol cars, "While there may be a very specific threat not all agencies can always partner with two officers cars simply don’t have the man power to always do that, but we certainly have other measures that we put in place as well as the officers personally themselves to make sure that they go home safe each and every night."

Marshall says it’s important to report any illegal activity in your community, "Let’s just get them before something happens and they do try to act some type of violence on a peace officers where after shots are fired  you can never go back, " adding that it’s not just for their safety and their priority is the community, "people that are on the other side of the law that would do something against a peace officer the citizens should be shocked, how much more would that person do to a citizen."

We asked the Riverside County Sheriff’s Department about the threat and if they believe the recent shooting of one of their deputies is related to this threat, as they have said the suspect is a known gang member. They did not give us an answer and did not issue a statement about the threat.