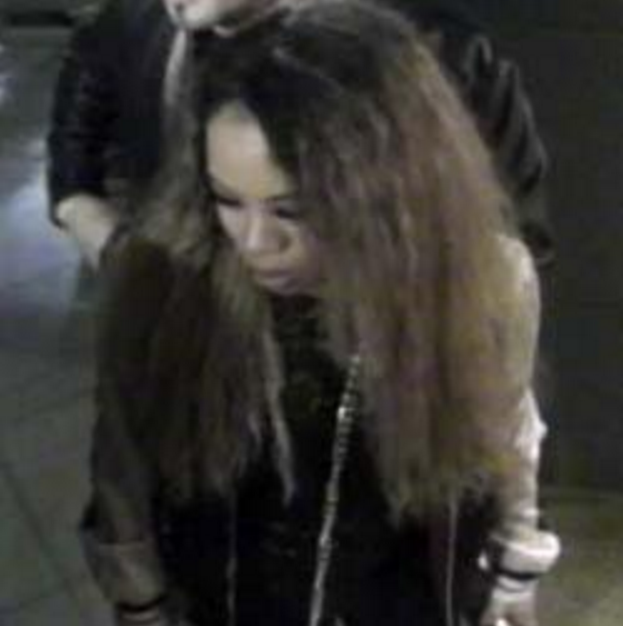 Detectives from the Los Angeles Police Department’s North Hollywood Division are seeking the public’s help in providing information that leads to the identity, arrest and prosecution of a theft suspect.

On March 5, 2017, a female suspect met with victims at a nightclub in Hollywood. The suspect and the victims returned to the victim’s residences. It was determined an unknown substance was used to poison or drug the victims, causing them to become incapacitated. The suspect then removed jewelry and money from the victims and from their residences.

The suspect is described as a 20-year-old Black female. She stands 5 foot 6 inches tall and weighs approximately 120 pounds. She has a large tattoo on her left leg, left hip and back. This suspect may be connected to similar incidents in the West Los Angeles area.

Anyone with information about the crime is asked to contact Detective Joseph Hampton or Detective Noah Stone, North Hollywood Area Burglary Detectives, at 818-754-8377.

During non-business hours or on weekends, calls should be directed to 1-877-LAPD-24-7 (1-877-527-3247). Anyone wishing to remain anonymous should call the LA Regional Crime Stoppers at 1-800-222-TIPS(800-222-8477) or go directly to www.lacrimestoppers.org. Tipsters may also visit www.lapdonline.org, and click on "Anonymous Web Tips" under the "Get Involved-Crime Stoppers" menu to submit an online tip. Lastly, tipsters may also download the "P3 Tips" mobile application and select the LA Regional Crime Stoppers as their local program.