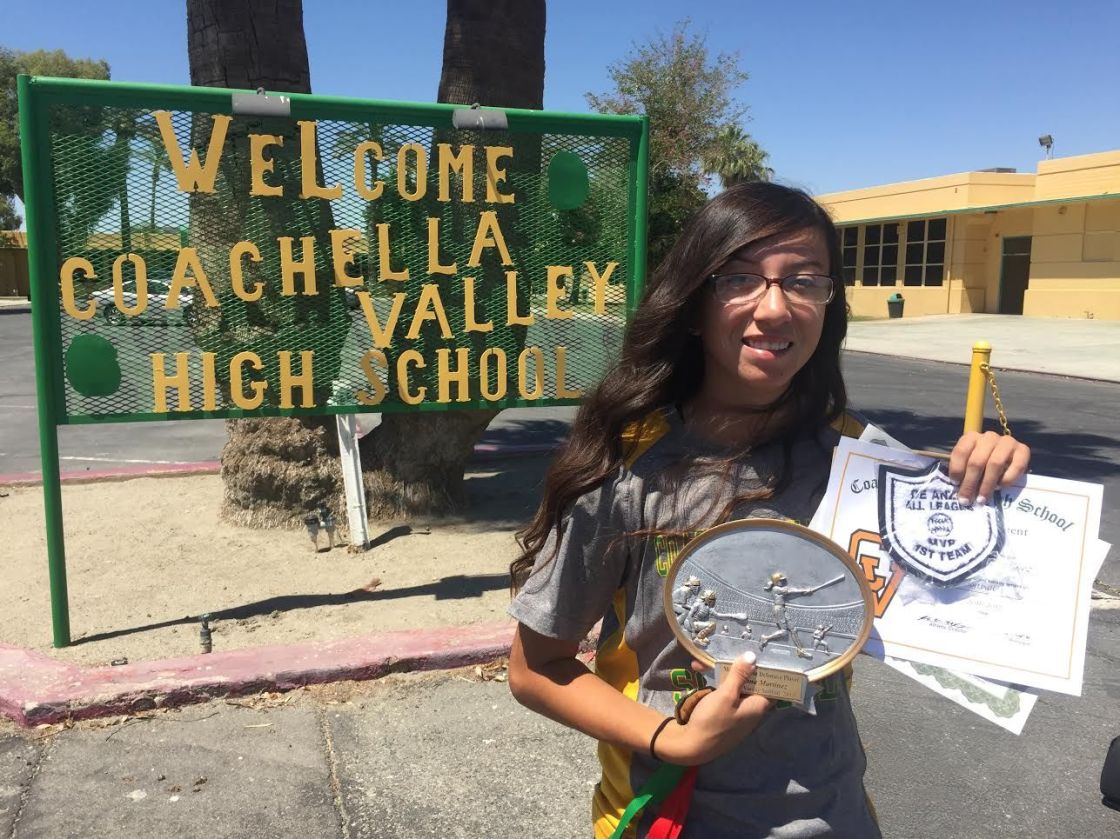 The school year is officially over and Coachella Valley High School’s softball program hasn’t looked back on a season this successful in a long time. For the first time in 18 years, the program clinched a share of the De Anza League Title and went on to ear their first playoff victory in 24 years!

The team was stacked with talented players, one being our My Thai Athlete of the Week and Athlete of the Year Nominees, senior starting pitcher Tatiana Martinez, who also helped re-write the record book with her bat as she holds the school record in hits with 54.

This past season alone Tatiana racked up six awards including, De Anza All League First Team MVP, and a share of the league Defensive MVP title. Out of all the awards, she says she has a favorite, "Honestly I would say the defensive one because I did it for my team and I made everyone proud and I’m just thankful for that. We just told each other lets just win it all, lets get Coachella known and we did it."

I’d say they put Coachella Valley on the map as the program garnered the most All-De Anza League Titles. Head Coach Salow says that this past season was simply a special one.