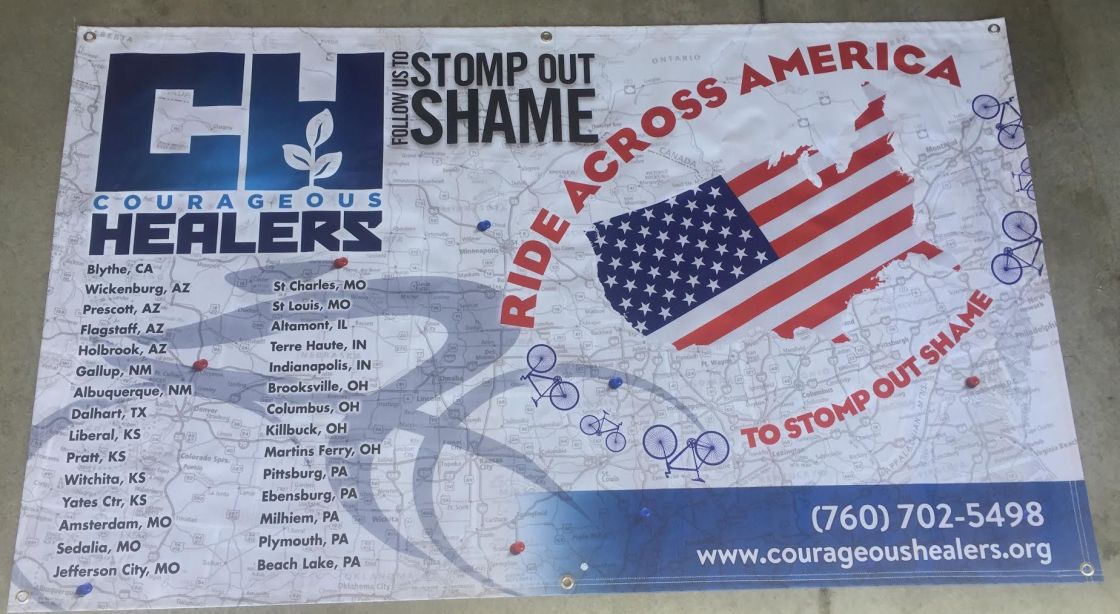 With summer here, many people are planning road trips to get out of the Coachella Valley but none quite like a trip a La Quinta man is planning. Sunday morning, Randy Boyd is head for the east coast, not by car, not by plane, and not by train.

Randy Boyd is a biker and a survivor of sexual child abuse. Combine the two, and Randy’s on a mission. "I want to be that voice for the million of voiceless men who have been sexually abused."

So he got out his bike and he got out his map, "I’m going from La Quinta on Sunday to Blythe." And that’s just the beginning of a 2,900 mile, 40 day, cross country bike trip where along the way he will carry the message of the SOS-Stomp Out Shame.

He says, "I started thinking and said, you know what, I’m going to ride my bike across America to spread the message of hope and healing to the men that have been sexually abused. The voiceless men that are silence by sexual abuse, I’ll be their voice for them."

A buddy will follow along in a truck with 35 extra tire tubes, 3 sets of spare tires and rims, and enough pain medicine any type of 60-year-old man would need who cycling across the country.

Randy figures his biggest challenge is going to be getting over the mountains, in fact on day one just to get out of the Coachella Valley, he’s going to have to get up a steep grid, and that’s not even going to be the worst of it.

He’s also concerned about sharing the road with speeding motorists and biking through Kansas, through the peak of tornado season. "A tornado, I’ll just let it pick me up from Kansas and take me to the next city."

Tornadoes or not, by the end of July he plans on pulling into his final stop, Beach Lake, Pennsylvania, after spreading the message along the entire route that there’s nothing to be ashamed about if you’ve been a victim of sexual abuse.

We will be following Randy’s trip with weekly updates on how it’s going and if you’d like to follow along or learn more about Stomp Out Shame, click here: A Ride Across America to Stomp Out Shame