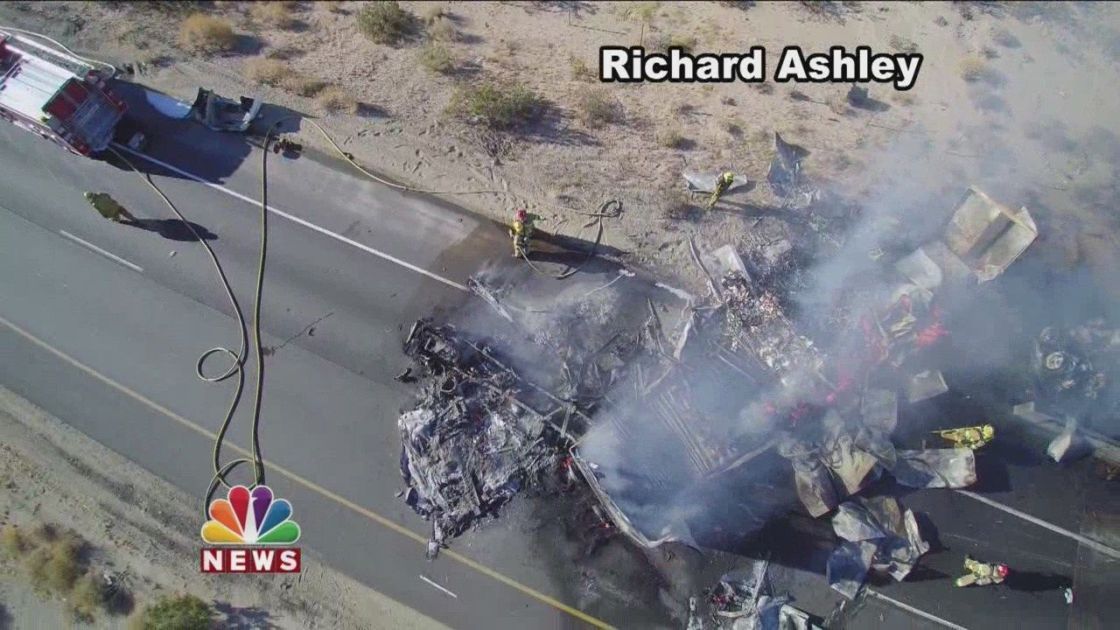 We’ve seen crash after crash on this stretch of the 10 Freeway, many of them deadly. In 2016, there were 224 accidents from Dillon Road to Desert Center, that’s double from the previous year. The California Highway Patrol says this year is even worse.

In an exclusive interview, KMIR asked him how many more people have to die on this stretch of highway before someone takes action? Garcia says after KMIR contacted him he got to work.

"We’ve asked the CHP, we’ve asked Caltrans to give us a preliminary report on these particular incidents that have occurred in the last 60 days," says Garcia.

"Is there additional signage, lighting, are we you know putting out the signs with the construction ahead, making sure that all of the things that we can do to prevent these things, we are taking a much more proactive role," says Garcia.

And it’s not just lives. This is one of the nation’s most important transportation corridors. According to Caltrans over 3000 trucks travel through there everyday. Traffic backups impact the economy.

Garcia points to the Tex-Wash Bridge collapse in 2015, "We saw the economic impact of that bridge collapsing, tremendous impact to the area of Desert Center the Coachella area, who depends heavily on the commerce that drives on Interstate 10."

In the past Caltrans has told KMIR, the data shows most of these accidents are caused by driver error and there’s not much they can do.

Garcia disagrees, "Get out there on the ground, travel this road, meet with some of the local residents there who frequently utilize the corridor and I’m sure that there is more that we can do."

Because a road trip should not end with a funeral.

"Without a doubt we want to make sure that everyone that gets on the road makes it home safe," says Garcia.

Garcia’s office tells KMIR News Caltrans called their office after the story aired and offered to give him a more in-depth report.