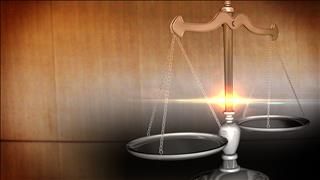 A convicted sex offender who groped a woman jogging near a downtown Riverside park was sentenced today to eight months in jail and three years probation.

Kenneth Lee Washington, 29, pleaded guilty in May to misdemeanor sexual battery for the assault that occurred just east of Carlson Dog Park on Mission Inn Avenue. Riverside County Superior Court Judge Kenneth Fernandez certified the terms of the plea agreement and imposed the sentence stipulated by the prosecution and defense.

According to Riverside police, shortly after 5 p.m. on May 24, the victim, identified only as a Riverside woman, was jogging on Mission Inn when the defendant ran up behind her and fondled her backside. The woman accelerated her pace in an effort to get away, and Washington ran after her, continuing to grope her until she escaped, investigators said.

Another pedestrian happened to witness the encounter and snapped a picture of the groper, then posted it to social media, which a sheriff’s deputy spotted, recognizing the assailant as a transient who sometimes walks Rubidoux Boulevard in Jurupa Valley, according to police. The deputy passed the information on to detectives, who located Washington, positively identified him and arrested him without incident.

According to court records, Washington is a registered sex offender with prior convictions for felony indecent exposure, attempted indecent exposure and failure to register with law enforcement.