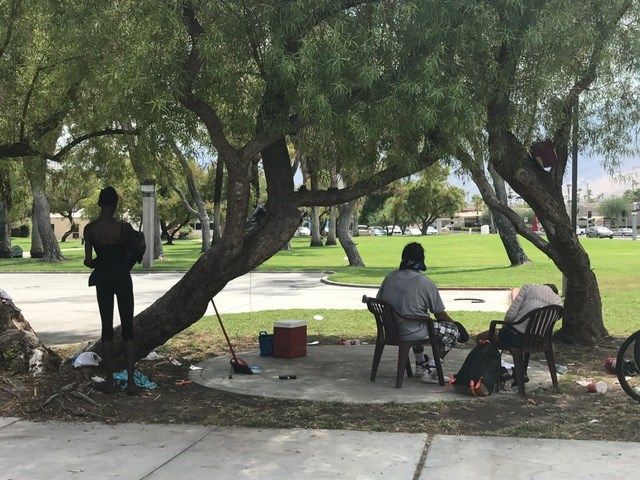 The West Valley Housing Navigation program is getting a big boost to help the homeless.

Lettie Kline is a longtime resident of Palm Springs, but has a first hand experience with the city’s homeless problem.

"I became homeless about two and a half years ago. I just hate it. I’m waiting for this transition to end because it’s breaking my heart every year," Kline said.

Kline said she lost her job, an engagement, and everything else in between.

"I lost my job, lost my car. I was pursuing a degree and everything just fell a part. I chose the wrong choices and it just kept toppling over one another," she explained about how she became homeless.

Since Roy’s Desert Resource Center is closed, the Coachella Valley Association of Government is focusing on a housing first model.

"We contracted with Path of Life Ministries and each one of the cities is contributing money to this effort," said Ginny Foat, Mayor Pro Tem of Palm Springs.

The Desert Healthcare District Foundation is matching the money, which means nearly $1.5 million will go towards the West Valley Housing Navigation Program.

"If you can get them off the street and into housing then it’s much easier to stabilize their lives and help them put their resume together, help them get into jobs," Foat said.

Klein turned to the Roy’s shelter when life got hard. She said the housing first model is great, but Palm Springs still needs a shelter in the west valley.

"It was more helpful for me to have a shelter to go to, and a warm place for me to sleep and eat every night," Klein said.

Klein said she is trying to turn her life around, and when she does she wants to help others.

"I would do a turn around, come here and feed everybody. I wouldn’t look down on one individual because I was that person."