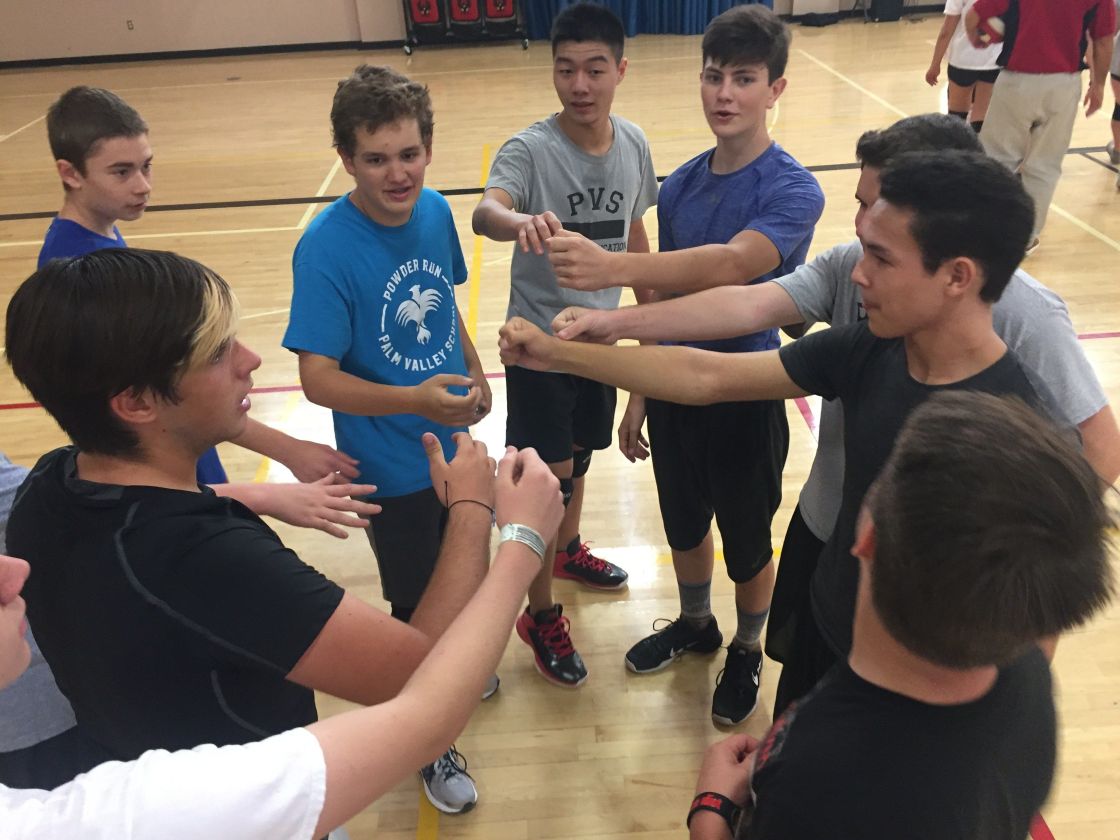 Palm Valley School announced they were getting rid of football in January, leaving it up to the student body to decide what sport was next and they chose a game no other area school plays.

"The kids were fired up, they wanted something new and volleyball was the go to." Firebird athletic director and boys’ volleyball head coach Jack Makkai said.

"There’s always something that hasn’t been done like a club that didn’t exist and now exists,” Palm Valley senior Peter Kadel explained. “It’s coo but I’m also used to trying to bring in something new to the school, everyone has a new idea."

"We are innovators here and it’s a testimate to these kids that if you build it, they will come.” Makkai said. “I see this becoming bigger than the eleven guys that are out here right now, much bigger."

The new team attracted athletes from different fall sports to come out and play.

"I haven’t really played sports with a lot of these guys,” Kadel said. “They’re usually doing basketball when I’m doing soccer or football when we had football. I’d do cross country. Cross country was really fun, it was really challenging. I definitely plan to continue running on my own but I heard about it (boys’ volleyball team) and was like ‘Oh wow that sounds weird, it sounds like it’s going to be a fun’ time so I was excited."

Bringing new friends together to start a new era.

"It’s a really cool opportunity for this school,” Junior Holden Hartle said. “I get to play an awesome sport with a bunch of my friends and I feel like that’s really cool."

The in-experienced team is in good hands with an inaugural head coach who has played in high school, college, and has experience competing professionally.

"We relate a lot of things to P.E. and the volleyball that they’ve been playing for years in P.E.,” Makkai explained. “Then we extend from there and try to build that big picture from jump serves to things they haven’t really thought about before. Everything is new to them but we’re trying to inspire them and connect the dots so that they are ready for our competitions.”

Playing in the inland coast league made up of eight schools, they plan to make an impact.

"Of course, we have a chance to compete,” Hartle said. “Everyone has an equal opportunity to win. Just because we’re the new guys doesn’t mean we have any less of a chance."

"I’m hoping we can be like what you see in the movies,” Kadel said. “Teams starting out, exceed, and then go to the finals. We have a lot of athletic people. We don’t have the skill but I think we have the heart and we like each other well enough so I’m hoping we can go far. The other teams aren’t going to be expecting us. They might not know what hit them when we play them because they’re going to underestimate us so we’re going to use that to our advantage.”