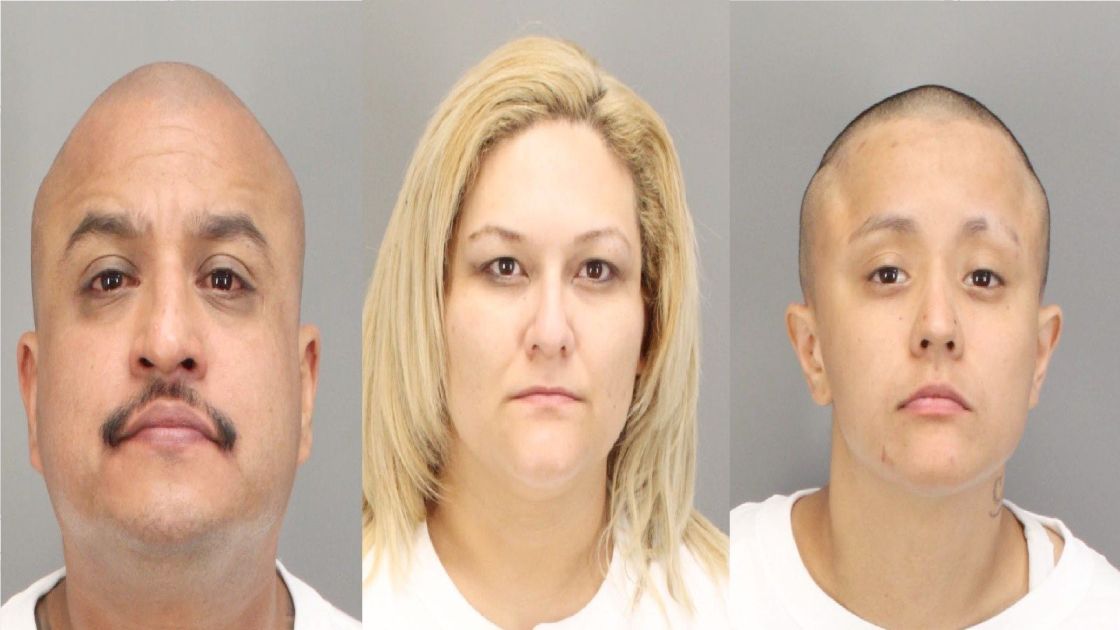 A trio of suspects were in custody today on suspicion of fraud, firearm and drug-related charges following a Palm Springs police investigation into the use of stolen credit cards to rent out local vacation rental properties.

David Anthony Hurtado, Jr., 39, of Mecca; Gabriela Munique Vidal, 33, of Cathedral City and Evania Racquel Lopez Salgado, 24, of Hemet, were arrested at about 3:45 p.m. Tuesday outside a vacation rental in the 700 block of West Via Vadera.

Police were investigating the use of stolen credit cards to rent out Palm Springs vacation rentals on five separate occasions when they found the suspects inside a parked car outside the Via Vadera property, said Palm Springs Sgt. William Hutchinson. The five alleged incidences of fraud occurred “over the past several months” and were perpetrated “by at least one female suspect,” according to the sergeant. The fraud and identity theft investigation is continuing, according to police, with more than a dozen potential victims identified.

A search of the car turned up a stolen, loaded .40 caliber handgun, an unregistered AR-15 .223 caliber semi-automatic assault rifle, a loaded high-capacity AR-15 rifle magazine, ammunition, just under a pound of methamphetamine, 11 grams of heroin and “multiple items of identity theft,” Hutchinson said.

All three — who were each either on parole or probation at the time of their arrests — pleaded not guilty to all charges Thursday afternoon and are due back in court Sept. 12 for a felony settlement conference.