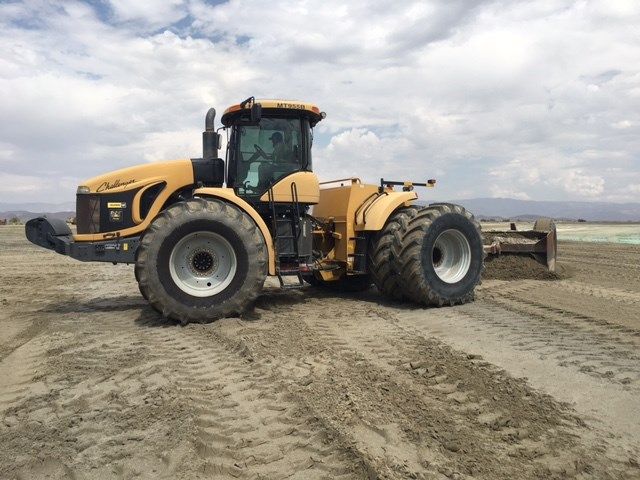 Del Webb, a well known developer of 55 and over housing communities has broken ground on a new development in Rancho Mirage.

"It’s anything you want to be. If you don’t want to do anything, you don’t have to anything…you have about eighty-five different club you can join. Anything from bowling to travel to cards to Bocci ball to golf," said Sun City resident Steve Mullaly.

Their newest development is smack dab in the middle of of the Coachella Valley.

"To be able to be in the mid valley and especially to be in Rancho Mirage, with everything the city has to offer, we think it’s a great combination," said Del Webb spokesman Bruce Bonafede.

The thousand plus home community is set to open for sales in spring of next year. But details about home prices and project completion are still up in the air.

"We’re not there yet because they’re still tweaking the product, what we’re going to be offering and that sort of thing," said Bonafede.

A thousand plus new homes means at least a thousand plus more people living in the area. Now some are starting to wonder what that is going to mean for their shopping experience when the Coachella Valley is back in season.

Related: Under New Leadership, Wessman Development Is No More

"Costco is fairly busy at it is in the off-season time, much less during the season so it should be interesting," said Costco shopper Michael Schumman.

"It’s actually extremely busy. So it’s going to make the lines a little bit longer. I won’t be able to come in on my lunch break anymore," said shopper Nicole Miller.

The Del Webb community is the only project being built in the area around Agua Calienta Casino Resort Spa at the moment. But Rancho Mirage city officials say they expect commercial developments to make their way to nearby open lots because of their proximity to the I-10.