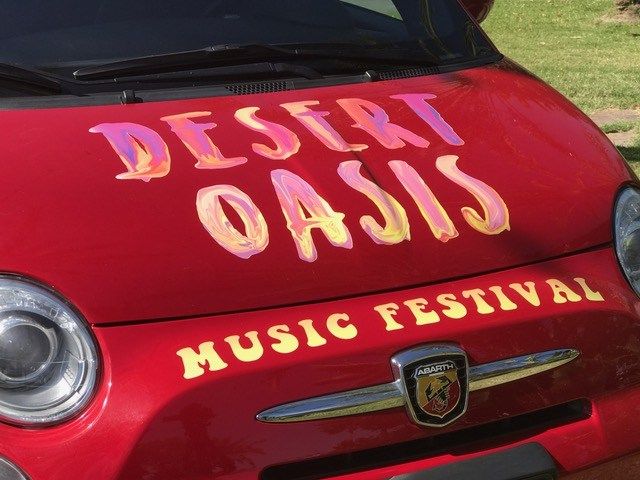 The Desert Oasis Musical Festival in Indio is only a few days away, and eager Indio residents stood in line yesterday to buy half off tickets, but the cloud of concern looms over festival-goers after Sunday night’s horrific shootings at a country music concert in Las Vegas. The producer of the two day music festival, Alex Haagen, said the massacre hit close to home. "First thing was I thought, I probably know of people who are working the show," Haagen said. "One of our employees that actually works at our restaurant here on site was at the show with his family," he added.

Haagen said safety is his number one priority, and this weekend’s music festival will go on. "Any time there is a tragedy or something that happens in that business you think about it because we do the same thing," he said.

The Indio Police Department said they will be re-evaluating its security methods following the Vegas shootings. "When you have something that happens in the world you cannot turn a blind eye to it. So we’ve had the discussions," said Sergeant Dan Marshall.

Ticket buyers said they won’t live in fear. "What are we going to do? Stay in doors all day every day? I mean you can’t hide. What’s going to happen is going to happen. Your destiny is your destiny," said Angelina Duke who bought tickets to Desert Oasis Music Festival.

Sergeant Marshall wants concert goers to know they are prepared to keep you safe. "While everybody runs in one direction, your police officers are going to run where you’re coming from," he said.

Haagen has one message for Vegas. "Our hearts go out to them. It could have been anybody," he said. Haagen said he hopes people can still have a good time this weekend. "They can expect to have a great time, with great weather hopefully, and a bunch of amazing bands."