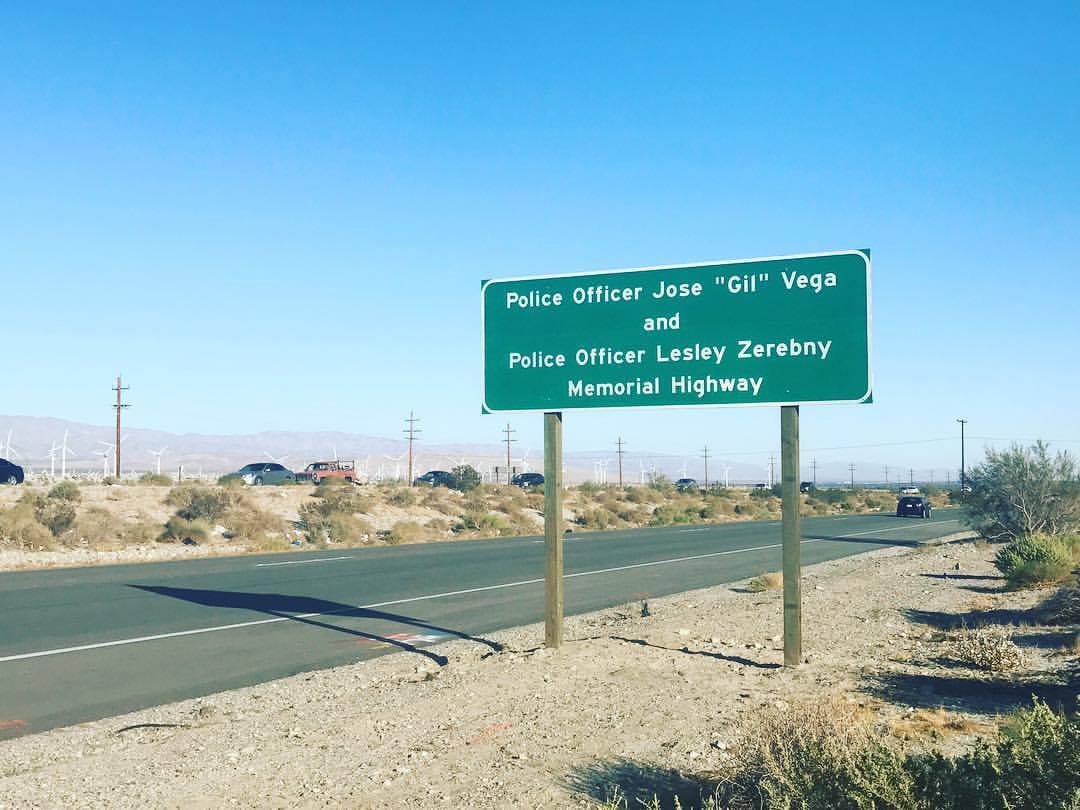 A portion of Highway 111 is now dedicated to the two Palm Springs police officers gunned down over a year ago. The four-mile stretch is called the Police Officer Jose "Gil" Vega and Police Officer Lesley Zerebny Memorial Highway.

Related: A Community Remembers Vega and Zerebny One Year Later

Family members of the two officers said emotions are still raw with the one-year anniversary of the shootings on Oct. 8th. During the anniversary memorial, Gil Vega’s youngest daughter recalled the last words her father told her. "The last thing he ever said was ‘You’re beautiful and I love you,’" said Vanessa Vega.

Even Palm Springs Police Chief Bryan Reyes got emotional. "We must try not to remember Gil and Lesley with sadness and tears. We must remember them with the laughter we’ve shared throughout the years," he said.

Officer Lesley Zerebny’s mother-in-law said seeing the sign is still painful. "It’s unreal to see our daughter’s name on there. It’s not right, but yet extremely honoring," said Joni Zerebny.

She said she hopes the sign will help the community remember her daughter and Officer Vega. "Law enforcement does nothing but good for people. They’re out there to help people and that is just a constant reminder for people going in and out of Palm Springs that they are willing to give up their life for other people," Zerebny said.