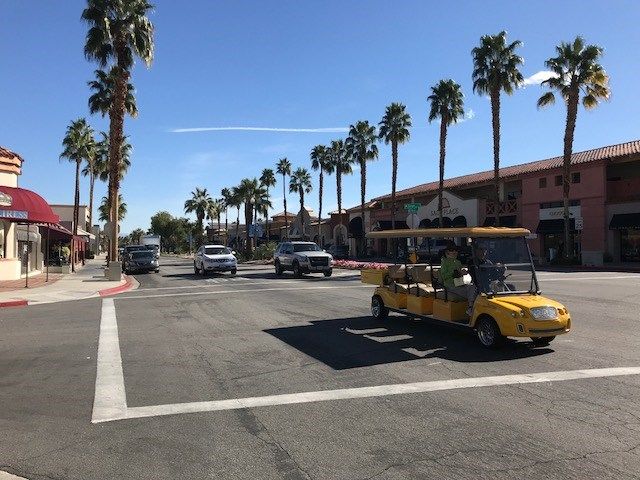 City Aims To Bring In More Business To El Paseo

The luxury shopping street, El Paseo, is seeing more vacant shops than it has in previous years. The city of Palm Desert said before the recession El Paseo had a 5-6% vacancy rate. Now it’s seeing more empty stores, bringing the number of stores for lease to 10%. The city said it’s working on bringing in more foot traffic.

JC’s Cafe has been on El Paseo for decades, and owner Michelle Hutchinson said she’s noticed the decline in foot traffic. "A ton less foot traffic," she said.  Because of that, Hutchinson has had to bring in business through other means. "We are up from last year and previous years only because of our social media," she explained. Hutchinson said having happy hour all day helps as well.

Hutchinson believes not as many people can afford El Paseo. "I don’t think a lot of people have recovered from ’08. I really truly don’t. It’s been a real struggle," she added.

However, the higher end businesses like El Paseo Jewelers said business couldn’t be better. "People we are working with are not online customers. My customers like to come and feel how it is and that’s how they work," said owner Raju Mehta. Mehta said there’s plenty of foot traffic near his store because it is in a prime location, located next to Starbucks and near the Apple store.

The economic development manager for the city of Palm Desert, Ruth Ann Moore, said it’s been challenging competing with online shoppers. "We think the internet has changed how people are shopping. While we know we can’t affect that, what we can affect is making El Paseo a real place for people to enjoy, be entertained and have a real sense of place," Ann More stated. She said some ideas include widening sidewalks, putting in more restaurants, and adding office spaces.

Hutchinson said El Paseo needs to bring in more foot traffic, in order for more businesses to thrive. "More foot traffic would be huge because people drive by that’s easy, but getting them to stop and stare," she said.