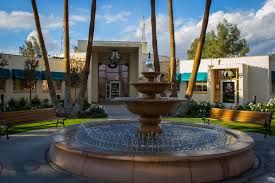 The U.S. Department of Justice is now threatening the state of California, which has declared itself a sanctuary state for undocumented immigrants. This decision comes as a new escalation by the Trump administration to punish local jurisdictions that don’t fully comply with federal immigration enforcement efforts, which includes sharing the immigration status of local prisoners. However, Coachella Mayor Steven Hernandez says this threat doesn’t scare him one bit.

"We are not intimidated nor are we afraid of being arrested."

Arrested, and possibly fired, for failing to provide the government with files of undocumented immigrants.

This comes after the U.S. Department of Justice threatened to subpoena several California mayors in sanctuary cities.

Now, you might be thinking, will federal funds be cut off entirely if mayors don’t comply with the government?

“The courts have said that the federal government cannot withhold federal funding from sanctuary cities, so the administration has already lost that. Now, in terms of trying to arrest elected leaders…that s a scary step for our democracy. That’s never happened and it s not the right step to go in.”

As it seems, the mayor isn’t the only one who feels this isn’t a great approach. Maria Herrera De Granillo, a Coachella resident, says this action isn’t fair at all.

“It s not fair, it s not fair and it’s not right to let the government do whatever it wants. I’m glad that we have people who are strong enough to continue to expect what s right from the government.”

“It’s obviously wrong. Many people work in the fields who are Mexican, and if they leave it s not only going to be bad for them, but also for the President.”

Here in the valley, Coachella, Palm Springs and Cathedral City all have sanctuary city status, but according to Mayor Hernandez, there is still work to be done.

“We’ve always been a country of immigrants and it’s that story that makes us unique and who we are as a country. We will continue to fight or that dream, fight for those positions."

So far the department has threatened a total of 23 states and cities that call themselves sanctuaries. The list also includes Los Angeles, Illinois, and Oregon, but not Coachella.