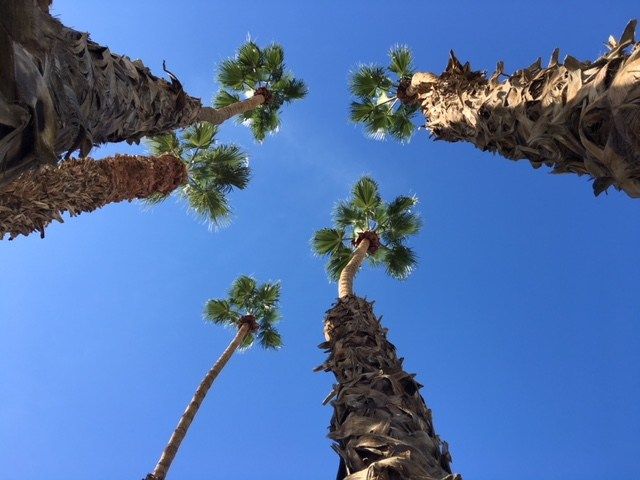 A building owner in Indio is being told by the city to maintain and trim several Palm Trees she does not own. After hundreds of dollars in fines and close to a thousand dollars each time the trees must be trimmed, building owner Dale Furman is stuck between a tree and a hard place.

"Here are the city’s markings right here," Furman pointed out.

Red spray paint indicates palm trees belonging to the city of Indio, which is why Furman does not understand why she is being asked to maintain them.

"I have plot maps showing that they are not my palm trees and they said since I water them, I have to trim them," Furman said.

A job that is costing Furman almost a thousand dollars each time the trees are trimmed.

"All of these are the cities and the very last one’s down here are mine," Furman said.

Furman has been fined by the city three times for not maintaining the palm trees.

"I did appeal them. I took the maps down and showed them that they are not my trees and I lost, they said I do have to take care of them," said Furman.

Now a city project is complicating things even further.

"Now they are going to expand this highway and they’ve clearly marked their property line which show that those are their trees. So my argument is why am I paying to trim them and now they’re saying they might take them down to expand," said Furman.

City officials say there are no plans to remove the trees for the widening project and since the base of one cluster of trees is split between city property and Furman’s property, the city must get precise measurements to determine which trees she is responsible for.

Story: Iconic White House Tree To Be Cut Down

"It’s frustrating. It really is. I feel helpless to fight against the city, because they tell me that I water them so I have to cut them," said Furman.

A city official say that the city will work with Furman to establish a more precise property line. Once that property line is established, Furman will no longer be responsible for city property. No time frame was given as to when those measurements would be taken.