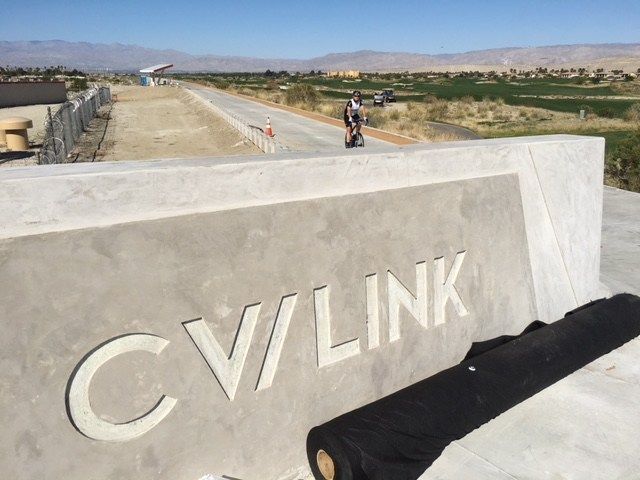 CV Link in Cathedral City has not officially opened but that’s not stopping cyclists from going for an early test ride.

The first phase of CV Link is almost complete. Crews at the site are racing against the clock to put the final touches on this more than two mile stretch of smooth concrete and desert views.

City officials hope to get started on the second phase of CV Link in Cathedral City shortly after the first phase is opened.

"There are a lot of people in terms of tourists who want to come and use the facility, but I think there are also residents of the city that want to use the facility as well. And I think it’s going to be a great opportunity for them," said Cathedral City councilman Shelley Kaplan.

The Coachella Valley Association of Governments just received an additional $5 million dollars for CV Link. Bringing the total amount of secured funding to $86 million dollars. Cyclists who have already taken to CV Link say you don’t have to be a pro to get out there.

"I think it’s very nice not only for people that want to cycle either competitively or with a  group, but just your casual bicycle riders because it gives them yet another option than that is traffic free," said Jones.

Cyclists say a traffic free bike path can make all the difference between constantly looking over your shoulder and enjoying your ride.

"For collisions between a bicycle and a car or a truck, and it doesn’t matter who is right, the bicyclist is going to lose," said Jones.

The grand opening of phase one of CV Link will open on February 23rd. Representatives from both CVAG and Cathedral City will be in attendance. The event will also be open to the public.