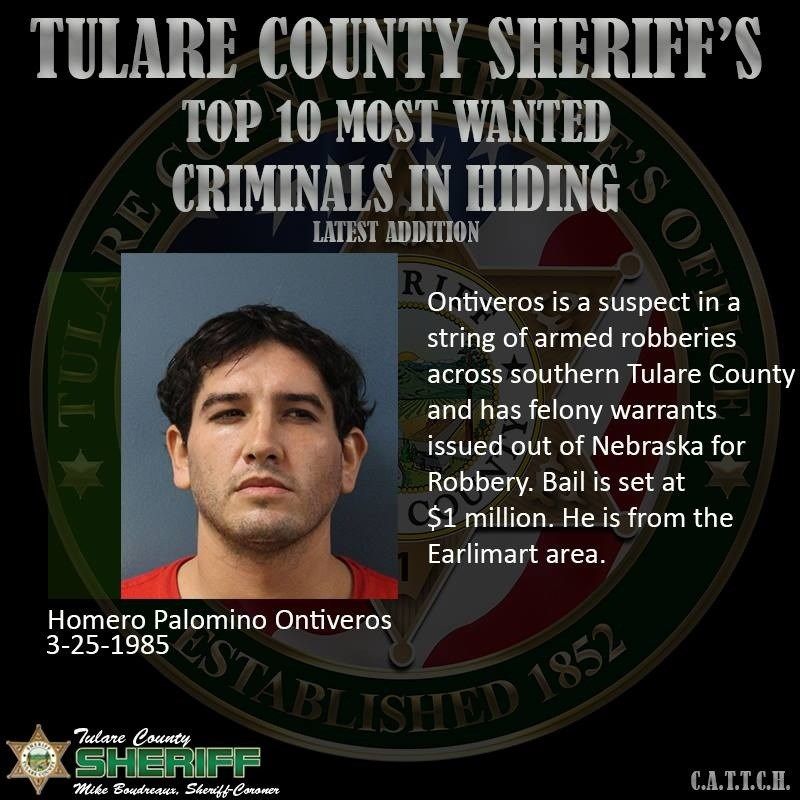 The Indio Police Department confirmed, 32-year-old Homero Palomino Ontiveros, was one of the suspects connected to Wednesday’s attempted robbery of an armored van in the parking lot of the Wells Fargo in Indio.

Joseph Rodriguez works at El Salvador Cafe in Indio and the front windows of the store gives him unobstructed view of the Wells Fargo parking lot. He said he heard when bullets started to fly, Rodriguez said, "The truck was over here, and he was in front of it, so if anything he was using these cars that were parked here as cover."

But court documents reveal Ontiveros has a criminal history. His mug-shot is front and center of the most wanted criminals of Tulare County, between Fresno and Bakersfield.

News Outlets in Central California connect Ontiveros to several armed robberies of local stores. The reports describe three to four men wearing ski masks and gloves, they also said the suspects used a second car to get away.

Ontiveros criminal history goes all the way to Nebraska, where he is linked to robberies.

But his life on the run came to an end on Wednesday. Ontiveros was surrounded by police inside a trailer park in Coachella, across the street of Cesar Chavez Elementary School.

Indio police said a second suspect was also involved and hiding underneath a mobile home. They said he shot himself and died at the scene, his name has not yet been released.

Ontiveros pleaded not guilty in court on Friday, where his bail was set to $1,100,000. His next court appearance is February 14, and prosecution said they will include Ontiveros past offenses and try to raise his bail to over $5,000,000.