16 of 17 Victims of Deadly Fla. School Shooting Are Identified 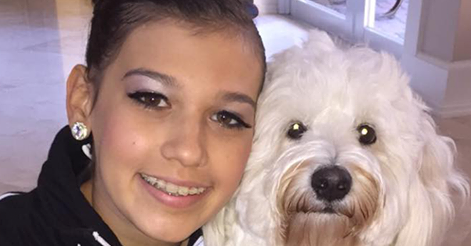 Sixteen of the 17 people killed in Wednesday’s deadly high school shooting have been identified by sheriff’s officials, while church officials and a parent identified two others.

Feis was an assistant football coach, according to a tweet from the team and an interview with head coach Willis May in the Sun-Sentinel. The team called him Aaron Feis a hero who "selflessly shielded students from the shooter.

Separately, the school’s athletic director, Chris Hixon, a married father of two, was identified by the Archdiocese of Miami as a second employee of the school who was found dead. He was a member of a Roman Catholic church in Hollywood, Florida.

Another victim identified by her parents is Meadow Pollack. Pollack’s parents called her phone repeatedly only to hear it ring, as they kept an anxious vigil outside the hospital. On Thursday, her father, Andrew Pollack, confirmed that his daughter was among the dead, the Palm Beach Post reported.

Sheriff Scott Israel had said Thursday morning that all of victims’ families had been notified.

"I am broken as I write this trying to figure out how my family [gets] through this," Fred Guttenberg wrote, adding at the end of the post, "Hugs to all and hold your children tight."

The community in Parkland, which is northwest of Fort Lauderdale, is reeling after the shooting, one of the deadliest high school shootings in U.S. history.

In addition to the 17 fatalities, more patients remain at hospitals across Broward County, including five in critical condition according to officials at Broward Health North Hospital.

A former student of the school was arrested less than an hour after the shooting and has been charged with 17 counts of premeditated murder, after being questioned for hours by state and federal authorities. He is being held without bond.

Two vigils have been scheduled in the area on Thursday.