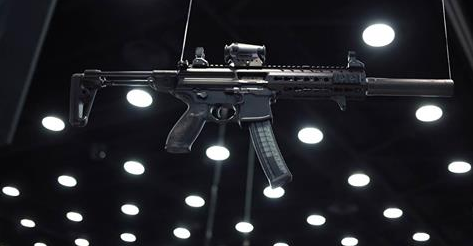 And overall deaths from firearms have fallen since the 1997 law, which banned certain semi-automatic and pump-action weapons and forced owners to sell them back to the government, the team reported in the Journal of the American Medical Association.

“Following enactment of gun law reforms in Australia in 1996, there were no mass firearm killings through May 2016,” Simon Chapman of the University of Sydney and colleagues wrote.

They say they can’t prove the gun control measures caused the fall in gun-related deaths, but say they are worth discussing.

The mass shooting that prompted Australia’s crackdown happened in Tasmania, in 1996, when 28-year-old Martin Bryant shot and killed 35 people in a café. Another 23 were injured.

Just weeks before, a gun enthusiast shot and killed 16 screaming first-graders and their teacher in an elementary school in Dunblane, Scotland. Britain enacted a handgun ban soon afterwards.

Australia already had strict rules about handguns, but a revolted public backed wider reforms that banned rapid-fire long guns and forced the buyback of nearly 660,000 weapons.

Chapman’s team analyzed death statistics to see what effect the laws have had.

They were able to show that people didn’t find other ways to kill or to die by suicide — rates of homicide and suicide fell overall also. Because these rates tumbled, Chapman’s team said, they cannot show that the gun control measures were responsible.

One other Australian study showed that gun-related homicides decreased 7.5 percent per year following the reforms.

Daniel Webster, a researcher specializing in gun violence at Johns Hopkins University’s Bloomberg School of Public Health, says it’s doubtful the U.S. could do anything similar.

“Political, cultural, and legal challenges make it highly unlikely that the United States would implement comparable policies,” Webster wrote in a commentary in JAMA.

“Yet the experience in Australia over the past 2 decades since enactment of the NFA National Firearms Agreement provides a useful example of how a nation can come together to forge life-saving policies despite political and cultural divides.”

The study was done to mark the 20th anniversary of the Australian law, but it coincides with a push in Congress to enact some sort of gun control measures after a mass shooting at an Orlando nightclubin which a gunman killed 49 people.

Gun control is a bitter and divisive issue in the U.S. and just this week the Senate suppressed four measures that would have limited who can buy automatic weapons.

The U.S. has an exceptionally high share of gun violence. Research shows 31 percent of the world’s mass shootings occur in the U.S., where rough estimates suggest there are 300 million firearms.

Last week, the American Medical Association voted to join the debate, promising to start lobbying Congress to enact some measures.