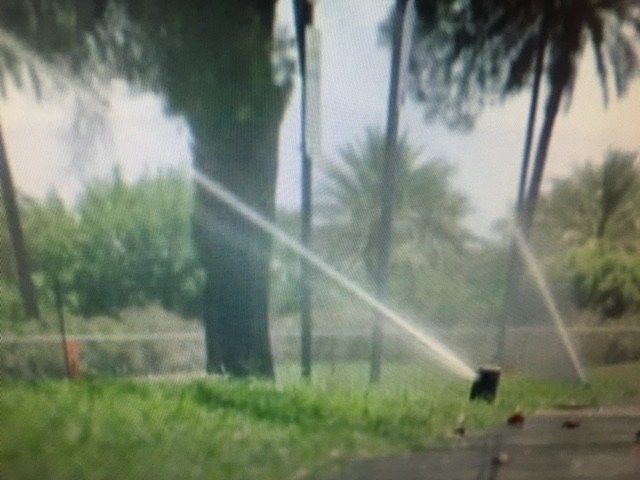 A warmer Winter is causing concern among water agencies across the Coachella Valley, potentially sending us back into another drought.

2017 was the wettest year the valley has had in almost a decade and it gave several water agencies a chance to really think about ways for cities and residents to conserve water. Some of those ideas could become permanent regulations on Tuesday at a board meeting for the State Water Resources Control Board in Sacramento.

It’s the perfect time for Ashley Metzger with the Desert Water Agency, to learn how the state is combating a possible state-wide water shortage.

Water use in our region is already three percent higher than it was at the same time during the state’s five-year drought from 2012 to 2016.

"A lot of people see these permanent prohibitions as smart, regardless of what the weather is doing," said Metzger.

For example, spraying down sidewalks or areas of the road or using so much water, that water runs into those areas, and even having automatic sprinkler systems that run when it’s raining.

"Our water, mainly comes from an aquifer underground which is basically a big storage facility we have naturally underground here," said Metzger. "So the more we save, the more will be there in a future drought."

Even the snow-covered mountains are lacking measurable inches, much of that creates water run-off when it melts, to supply parts of the Coachella Valley.

So if these water regulations are put into place, it could mean browner, dryer landscape which could leave residents with no choice but to find another solution.

"There are a lot of areas in our community that have grass and it costs quite a bit of money to covert to an alternative so we want to make sure the board understands the financial impact this would have on cities and homeowners associations," she said.

Metzger feels confident these concerns will be taken into consideration but could it be enough to keep the Coachella Valley hydrated for the rest of 2018?

Metzger says if approved, some of these permanent regulations wouldn’t go into effect until April first of this year but the specific regulation restricting watering turf and medians would not happen until 2025.