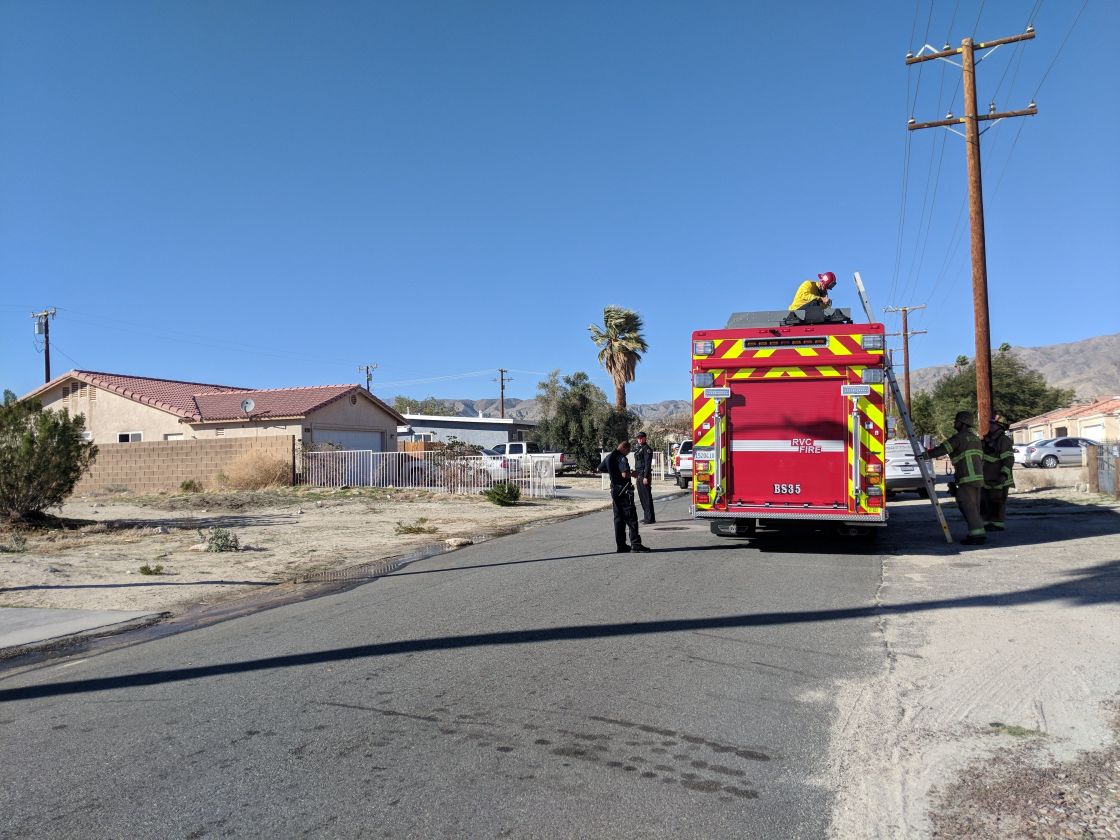 Three homes are unlivable from separate fires that happened within 24 hours in Desert Hot Springs.

It was a busy weekend for Riverside County Fire Department, Battalion Chief John Crater, and a fire on the 13300 Block of Caliente Drive was the third house fire he responded.

He said the fire began close to 2 P.M. inside a hallway closet. Crater said the family was at home when the fire broke-out and they were able to keep the fire from spreading to the rest of the home.

And even though the fires happened within a three mile radius of Desert Hot Springs, Crater said their investigation does not indicate foul-play.

"There’s not a string of arson on houses," Crater said. "This is all just naturally occurring stuff like electrical and a little bit of carelessness and most of the fires we’ve had are non-suspicious."

Two other homes were also loss during a Saturday fire. Two people were sent to a hospital for minor injuries during an early morning fire on the 16000 Block of Via Vista.

A second home was loss on the same day. Kiara Zarate said her mother’s home on Second Street was a total loss, a home shared by 10 of her family members.

She said she went through a similar situation just last month, she was a fire victim and lost everything. She moved into her mother’s house to try to rebuild her life, but again a fire took it all.

Zarate said, "People who saw us sitting down on the sidewalk, just came up and gave us stuff."

She said her priority now is to find a home for her five children. Zarate set a donation page and is depending on the support from the community.