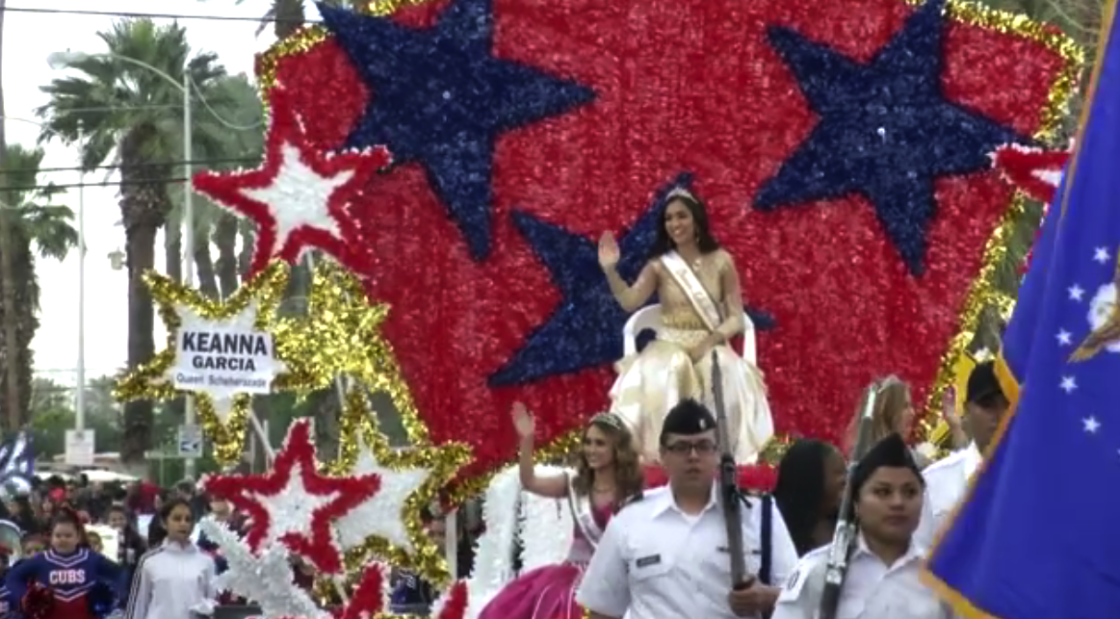 The annual parade draws thousands of spectators. One local family says, "there was a drummer set that went by. We like to see the drummers. We got here at 8, so it’s going till 11, so 3 hours. We wanted to get a good spot!"

The Rodriguez, the Leon’s, and the Hererra’s all come together for the parade. Even in chilly weather. "We’re good! We’re freezing, it’s so cold, we’re freezing out here!"

And even though it’s windy, the kids are inspired. "The drums! We like the drums too!" When asked if they would drum in the parade they said, "yeah, when i get bigger."

Even the adults are kids again.

Local resident Richard Navarro, who’s been to almost every parade every year says, "seeing these kids bring back good memories. We were in it! I was in it!" We are trying to remember our youths."

Story: Museum Celebrates Generations of African Americans in the Desert

With thousands of people gathering to enjoy the parade, and in light of recent shootings, the Indio Police Department says this year safety particularly a top priority. Sgt. Dan Marshall says, "you know things that happen across the globe in the United States, we take those and roll those into our plannings."

Sergeant Marshall says in events like this, if you see something. Say something. As for the attendees, they’re proud to be from Indio. One resident says, "it gives you a sense of pride seeing all these kids growing up. Time to just share some laughs, some funny moments, say some funny things and say some funny jokes."