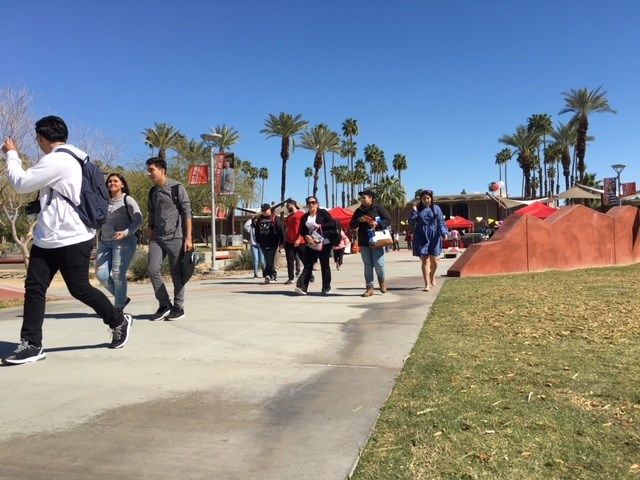 As state lawmakers propose new gun laws, across the country and right here in the desert, students have their own ideas on how to get lawmakers to sit up and listen.

At College Of The Desert, student reaction to the shooting in Parkland, Florida is what you might expect.

But this time around students are taking matters into their own hands. The movement is called National School Walkout. On April 20, the anniversary of the Columbine High School shooting, students across the country plan to attend school and promptly walk out at 10:00 am. The walk-out will be followed by peaceful protests outside school campuses where students will advocate for stricter gun laws and more mental health resources for troubled peers.

"I feel like it’s extremely empowering. Just to see it come from students, like we think we go to school, we go to work, but we can really promote a change," said Bueno.

Meanwhile state lawmakers have their own ideas on how to prevent another school shooting. They are proposing a new law that would allow high school and college personnel to petition a judge and ask that gun rights be temporarily stripped from students who show warning signs of violence.

"They are the ones that get to see their students here on campus, whether they’re in class speaking about a certain subject or whether they are speaking to their friends. they can overhear things that maybe parents don’t get to hear," said Bueno.

Story: Experts Say Having A Plan Can Save Your Life During A Mass Shooting

An earlier national school walkout is being planned for March 14 in addition to the April 20 walkout. Organizers are encouraging students as well as teachers, administrators and parents to walk out for 17 minutes. One minute for every person killed at Marjory Stoneman Douglas Highs school.