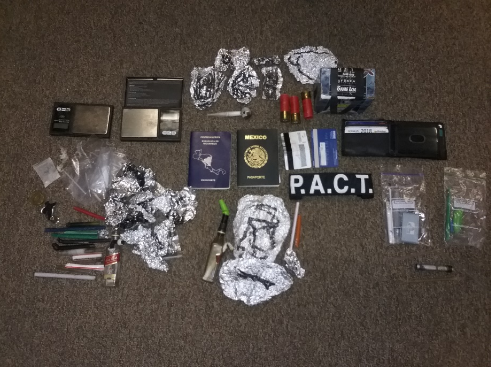 The operation consisted of 63 searches over the course of five days. The locations searched were homes of subjects on active probation/parole. The subjects at these homes all have prior convictions for drug related offenses, gang contacts with weapons convictions, domestic violence, and assault related convictions. Additional convictions include theft, fraud and burglaries.

The operation netted a total of 10 arrests. Eight of those arrests were specifically related to their Post Release Community Supervision (PRCS), Mandatory Supervision/Split Sentence, and Formal-Summary-Juvenile Probation status along with other additional charges.

During the operation a handgun, numerous assorted rounds of ammunition, narcotics paraphernalia, methamphetamines, stolen mail, and stolen identifications were located and seized.

This was a multi-agency effort, that included Coachella Valley Law Enforcement Agencies, ATF, and Cathedral City Code Compliance. In 2017, Cathedral City continued to see a reduction in crime for its third straight year. In addition to the hard work of the men and women of the Police Department, compliance checks like these play a significant part in that success.