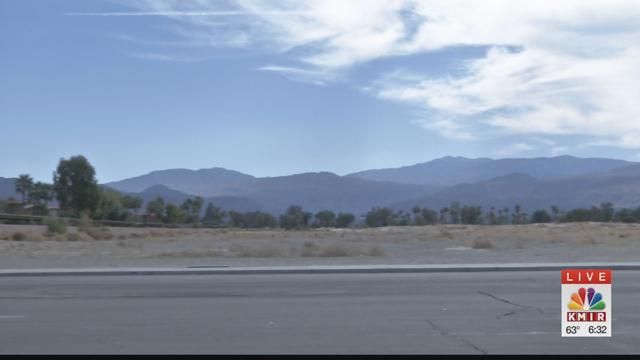 "We feel it’s very inappropriate for this area this is basically a quiet, residential area … and a three story structure would be an abomination I think for this neighborhood," says Richard Wohl, who lives in Venezia too.

Some of the three story buildings on the 18 acres will be behind James Earl Carter Elementary School, they say many are concerned for the safety of the children.

They say when they bought their homes in the gated community the city’s zoning ordinance would not have allowed for the height or density of The Sands which includes over 400 units, "Much higher density of parking, population, no setbacks and the height all are things that would have been forbidden under the zoning that was in force when we bought our homes in Venezia."

"They changed the old rules just a year ago because of the concession that are allowed by low income housing,"  adding that their property values have taken a hit, "There was somebody that’s been trying to sell their house for eight months and it hasn’t moved and they happen to be backed up to it."

They feel the City of Palm Desert is not addressing their concerns.

"This is not the way you treat communities that are already established this is just horrible," she says.

The City of Palm Desert says they do care about the resident’s concerns. They tell us the rules were not changed to accommodate this project. But they did adopt a new general plan in 2017 to update the almost 30 year old plan. They say they are in the public comment phase and have not approved any plan and they even postponed the vote to have the developer address some of issues.

We also reached out the the Desert Sands Unified School District they says they told the city they did not have issues with the traffic as children who attend there will be walkers and have enough room for new students. However, they do say parents approached them with safety concerns about the height of the project and they are looking into this.

We also reached out to New Cities Investment Partners, the developer of the project, they did not return our call.