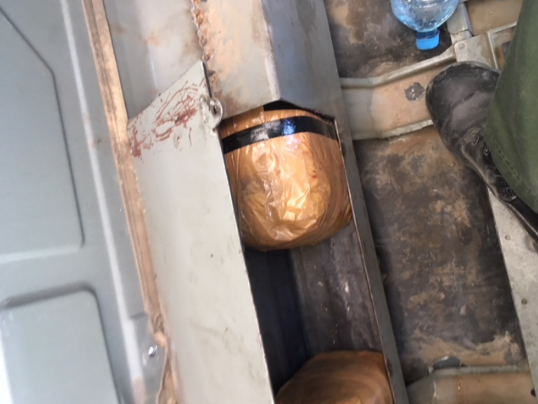 El Centro Sector Border Patrol agents assigned to the Highway 86 checkpoint, arrested a man suspected of smuggling almost a half million dollars of narcotics inside his truck Saturday morning.

The incident occurred at approximately 11:25 a.m., when a 34-year- old man approached the checkpoint in a Honda pick-up truck. At primary inspection, a Border Patrol canine detection team alerted to the bed of the pick-up.

Agents referred the man to secondary inspection for a closer inspection of his vehicle. Upon further inspection, Border Patrol agents found five packages stuffed inside a secret compartment between the truck’s cab and bed. Agents tested the contents of the packages and indicated a positive for characteristics of heroin and cocaine.

Agents identified the man as a Mexican citizen. Agents turned him, the vehicle, and narcotics over to the Drug Enforcement Administration for further investigation. In fiscal year 2018, El Centro Sector has seized more than 42.55 pounds of heroin and more than 73.24 pounds of cocaine.