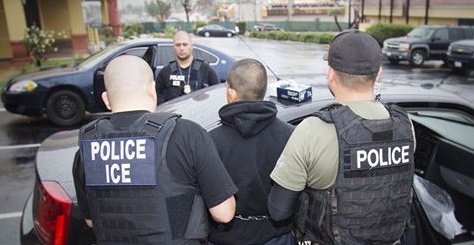 “I quit because I didn’t want to perpetuate misleading facts,” Schwab told TheSan Francisco Chronicle, which first reported his resignation. “I asked them to change the information. I told them that the information was wrong, they asked me to deflect, and I didn’t agree with that. Then I took some time and I quit.”

In a speech last week to the California Peace Officers’ Association, Sessions said "ICE failed to make 800 arrests" because of Schaaf’s actions, citing a briefing from Homan.

"So here’s my message to Mayor Schaaf: How dare you. How dare you needlessly endanger the lives of law enforcement officers to promote a radical open borders agenda," Sessions said.

Schwab, who joined the agency in 2015, said he wanted the agency to correct the claim, saying he believed the number to be much lower and did not want to "deflect" questions from reporters, according to the Chronicle.

“I didn’t feel like fabricating the truth to defend ourselves against [Schaaf’s] actions was the way to go about it,” the paper quoted Schwab as saying. “We were never going to pick up that many people. To say that 100 percent are dangerous criminals on the street, or that those people weren’t picked up because of the misguided actions of the mayor, is just wrong.”

In a statement issued Tuesday, ICE maintained that Schaaf’s warning affected its operation.

"Even one criminal alien on the street can put public safety at risk and as Director Homan stated, while we can’t put a number on how many targets avoided arrest due to the mayor’s warning, it clearly had an impact," ICE spokeswoman Liz Johnson said. "While we disagree with Mr. Schwab on this issue, we appreciate his service and wish him well."

The Justice Department did not respond to a request for comment.