Mayor Moon Responds to March For Our Lives Criticism 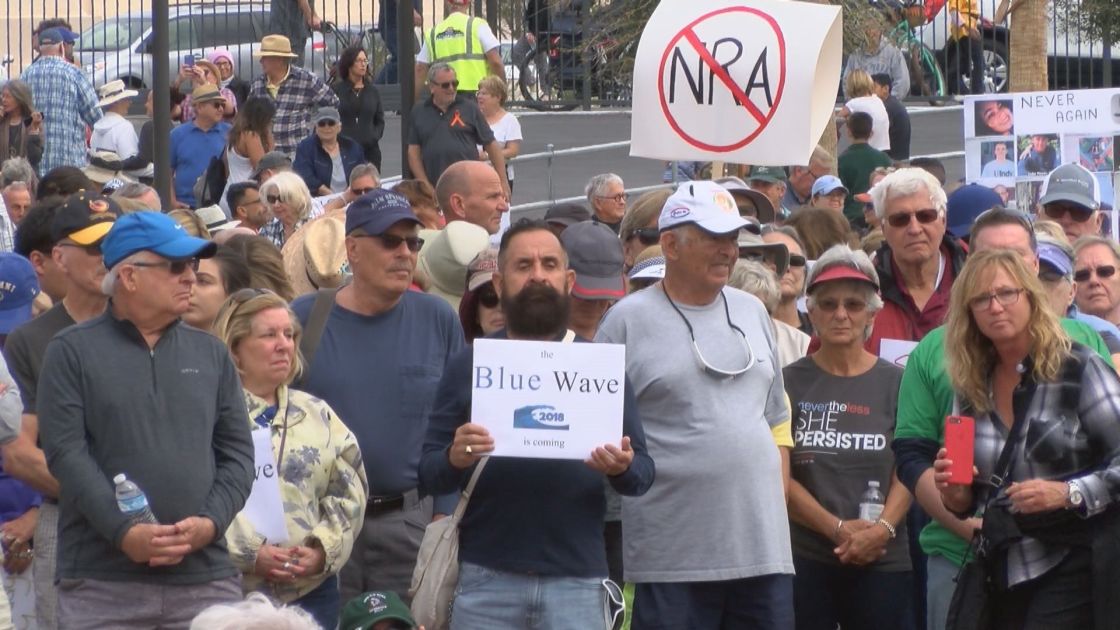 Thousands of Coachella Valley locals protested against gun violence at the March For Our Lives demonstration in Palm Springs, but the city mayor was notably absent, raising criticism by some of his constituents.

It was high school students who led the anti-gun march on Saturday, but it was also one of them who called out Mayor Moon in front of city hall during part of the demonstration.

“A majority of Palm Springs leaders support us in this march, support students and their activism,” a student said. “But it is important to note that the mayor of Palm Springs, Mayor Moon refused to sign a proclamation against gun violence.”

Loud “Boos” filled the air outside the Palm Springs City Hall, and it was followed by “Vote him out!” chants. The proclamation mentioned, was written by the event organizer, Richard Noble, it would declare March 24 as “March For Our Lives Day”, but Moon declined to sign it.

Moon said, “I have never done one for a protest or a rally, and this was a rally, and a protest, and a march, and I felt that it would be inappropriate.”

He said proclamations are typically signed for events connected to charities or non-profits, but not political topics.

“These go on frequently in our city because we are Palm Springs, where would I stop, if I was signing proclamations for political events,” Moon said.

He said he would sign the proclamation if it is introduced at a city council meeting and it is approved by the council members.

Moon said, “I would if the entire council voted to have the council sign it, and then I would sign it as a representative of the council, my point is that I was not going to do it unilaterally.”

Richard Noble declined to be interviewed for this story, he said he does not want to deter attention from the anti-gun cause, but he said he welcomes the mayor’s signature.

“I don’t blame them for being angry, these are kids and their parents of school kids, and they are angry, they are looking for a target for their anger,” Moon said. “And because of the misstatement made that I refused to sign a proclamation signed by the entire council, I was a convenient target.”

Moon said he supports the student’s initiative, but said he was not able to attend the morning demonstration because of a prior commitment. But he said he attended the afternoon March For Our Lives demonstration at Frances Stevens Park as a private citizen.