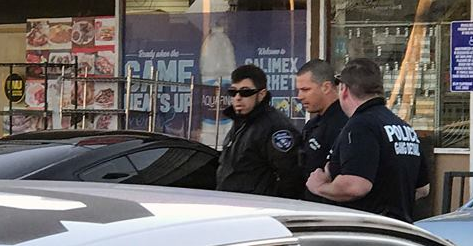 A month-long investigation led to the arrest of a man accused of trying to pay for sex with a 4-year-old girl in Orange County.

The suspect was identified as 29-year-old Nicolas Ryan Castillo, of Anaheim. It was not immediately clear whether he has an attorney.

Warrants were served Wednesday morning at homes in Anaheim and Yorba Linda. Police collected computers, hard drives and other items. A detective posed as the mother of a 4-year-old child as part of the undercover sting operation, Santa Ana police said.

His arrest culminated a monthlong undercover investigation which started after a Santa Ana police informant alerted investigators to allege that Castillo approached him looking for a 4-year-old child to have sex with, Santa Ana police said. Details about the initial tip were not immediately available.

Castillo allegedly claimed he had done it in the past and wanted to speak to the mother of the child, police said. A Santa Ana detective posed as a mom and carried on a dialogue with Castillo via text and email for the past month, said Santa Ana Police Cpl. Anthony Bertagna.

Castillo allegedly said he was willing to pay $700 for two separate rendezvous with the fictional girl or $500 to spend the night with the child.

Castillo was arrested on suspicion of felony solicitation for sex with a minor. Police said he was headed to his job in Dana Point, where he works as a security guard. He has been living with his fiance and her family in Anaheim for several weeks, police said.

Police said that Castillo lived next door to a daycare center in Anaheim, and across the street from an elementary school in Yorba Linda.