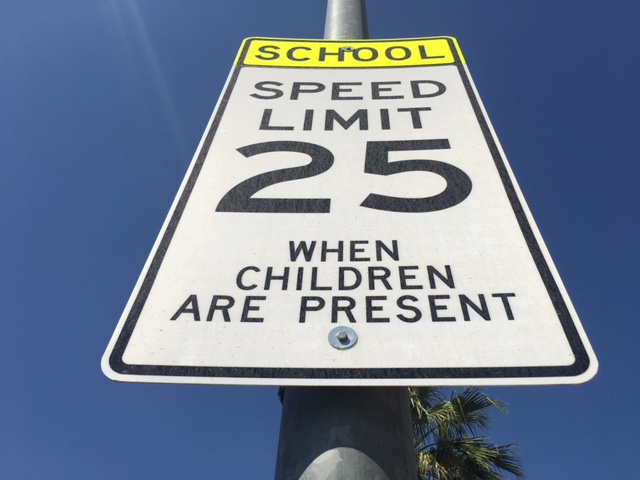 School zone speed limit signs. You’ve probably seen them before and if you are confused by some of the wording you are not alone.

But when it comes down it, the words “when children are present” applies mainly to drop-off and pick up hours.

“At the beginning and end of the day, when the kids are walking in and out, or getting dropped off, that’s when that speed limit does apply,” said Radford.

But if students are within the gated area of a school The 25 mile per hour speed limit does not apply and drivers should obey the posted speed limit for that particular street.

At Dr. Carreon Academy in Indio located on busy Monroe Street, the need for the law is evident. But not everybody follows the rules and sometimes drivers go beyond speeding.

“We see people do all kinds of crazy illegal U-turns, turning left when they are only supposed to turn right, stopping in the middle of the street, those kinds of things, and it really does pose a safety hazard,” said Dr. Carreon Academy principal Tiffany Norton.

CHP is on the look out and if you are caught you will be ticketed.

The 25 mile per hour speed limit does not apply on the weekends when school is not in session or on school holidays. CHP reminds all drivers to make safety a priority whether children are present or not.