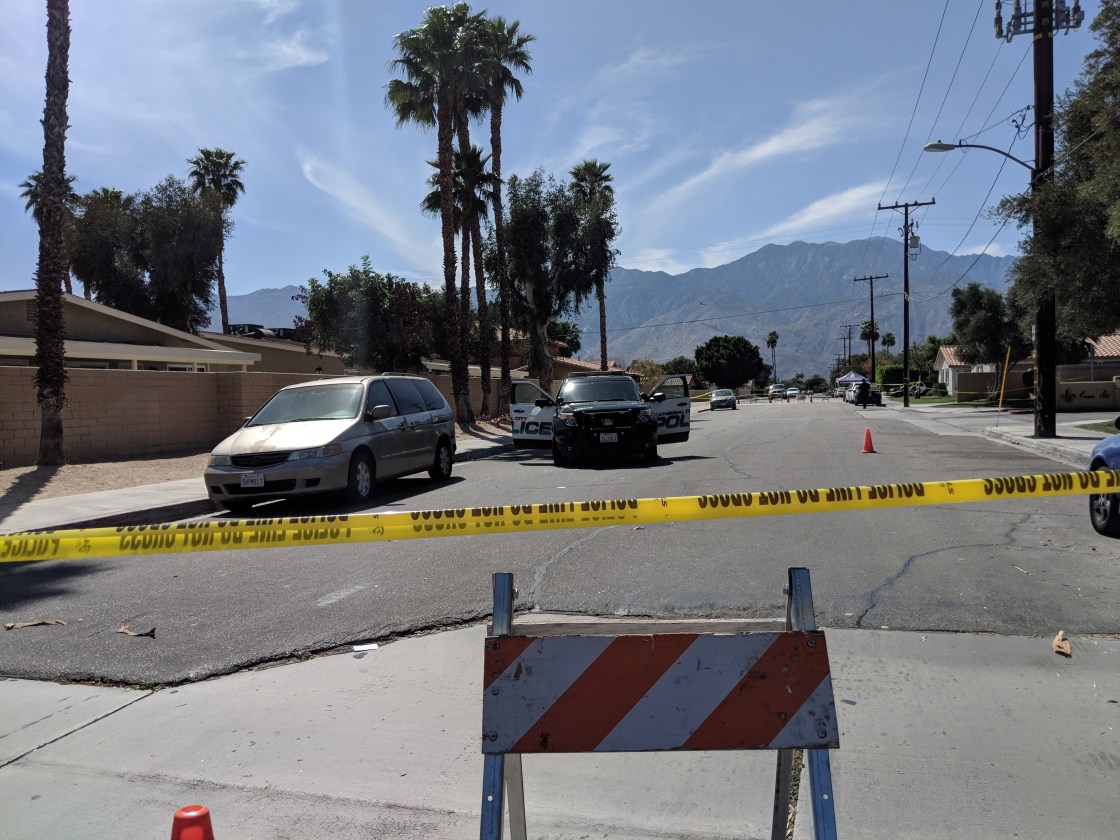 Authorities Tuesday released the name of a man shot and killed by a Cathedral City officer earlier this month after he came out of a residence armed with what turned out to be a replica handgun.

Carlos Ramon Urias, 24, of Cathedral City, was shot April 8 after officers responded to a domestic violence dispute at a home in the 33500 block of Wishing Well Trail.

Officers were dispatched at 6:20 a.m. and found a woman with unspecified injuries who had fled from the home and told police that Urias was armed, according to Cathedral City police Cmdr. Julio Luna. Police say the woman was assaulted by Urias and treated for her injuries at a hospital.

Police surrounded the home, which Urias later exited while armed with what appeared to be a black handgun, the commander said.

Though ordered several times in English and Spanish to drop the weapon, Urias “not only refused to drop the handgun, instead he pointed it in the direction of the officers and several citizen bystanders,” Luna said.

An officer, whose name was withheld, fired a single gunshot, hitting Urias in the upper body. He was taken to Desert Regional Medical Center in Palm Springs, where he died at 7:18 a.m., according to the county coroner’s office.

Urias’ gun was later found to be a replica firearm, with “all safety markings indicating it was (a) replica removed and appeared to have been purposely altered to look as a functional firearm,” according to a police statement.

The shooting remains under investigation by the Riverside County Sheriff’s Central Homicide Unit.