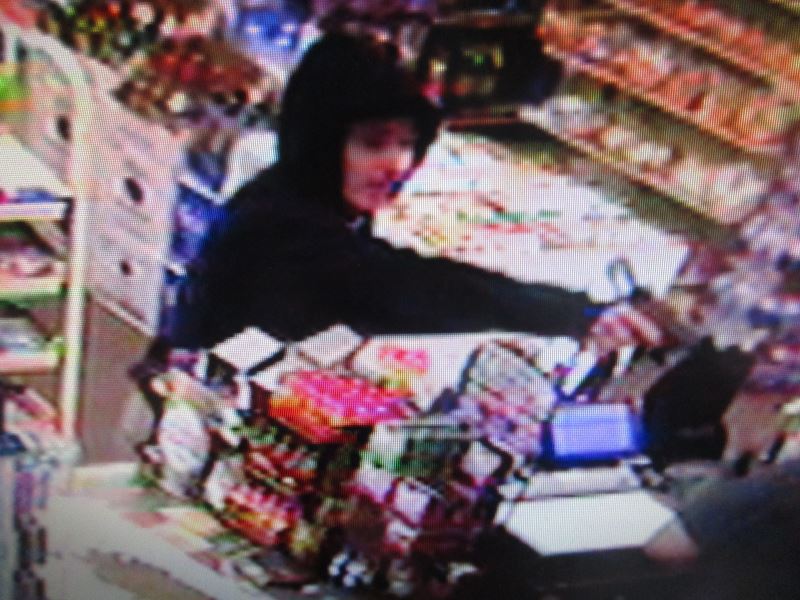 A daring robbery at a Palm Springs liquor store this morning, the second in less than a month. Police now believe it’s the same man in both robberies.

The clerk at Palm Canyon Liquor Market and Deli was so shaken up by what happened, he couldn’t bring himself to speak on camera about it. When the man demands money, the store clerk immediately did what he said. But the suspect wasn’t happy with the money in the register, so he took the clerk’s wallet. Still not satisfied, the suspect takes some cigars and then asks the clerk for cigarettes. People who work in nearby businesses say they the ordeal is enough to make them look over their shoulder.

“I could get shot and I’m here by myself, and no one is going to know about it. So it’s definitely, definitely concerning,” said Daniella Hernandez who works nearby.

Today’s robbery is not the first time the man has robbed the Palm Canyon Liquor Market. The clerk tells KMIR the same man robbed his store last month. That incident was also caught on camera.

“This is obviously a very brazen and dangerous individual, coming in with a firearm, demanding money and the suspect has fled the area in a vehicle both times,” said Sgt. William Hutchinson of the Palm Springs Police Department.

The suspect got away with some cash and while police believe he is the same man who robbed the liquor store last month, they are looking to see if there could be even more.

“We’re also looking at some recent armed robberies that occurred in the city. To see if this individual is tied to those at this point. So there could be a good likelihood that come out that he is involved,” said Hutchinson.

“Just to hear that happened to him twice, that’s really, really scary. Just the though of it,” said Hernandez.

Police are asking for the public’s help in identifying the in the surveillance video. If it’s someone you recognize you are urged to call the Palm Springs Police Department.