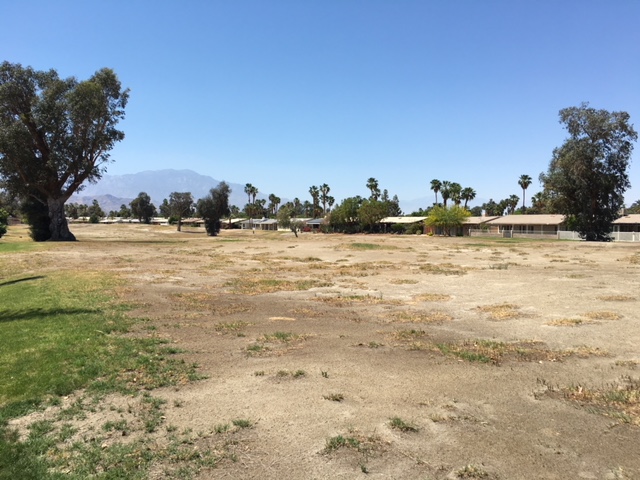 Imagine buying a home on a beautiful golf course. Then a developer comes along, closes the golf course, and plans to build condos there right in front of you. That’s what’s happened in Palm Desert and as you can imagine, residents are furious.

Barbara Powers says she remembers when she could walk into her backyard and onto a lush green golf course.

“There were pine trees and eucalyptus trees and palm trees covering the greens. It was beautiful and they kept it really nice,” said Powers.

“My son grew up playing on this golf course. Many, many juniors played here. It was a beautiful course for a nine hole course,” said Powers.

What was once a lush green golf course now looks like barren desert.

“It’s hard as a rock out there, the golf course is filled with ants, they haven’t trimmed the trees and it’s fallen land,” said Powers

To make matters even worse, a Canadian developer has plans to build 69 condo units on the executive golf course.

“We’re going to lose all our views that nobody seems to care about, but that’s why we bought on the golf course,” Powers said.

Powers and 187 other homeowners on the executive course are also concerned about their property values, since homes directly adjacent to a golf course appraise for ten percent more than similar homes that are not.

“It makes me sick,” said Powers.

The condos could take years to build and Powers says that is just another kick in the stomach.

“Just imagine, would you like to live next to a road twenty feet from your house? With all that noise and putting up with the clutter and dust and dirt,” said Powers.