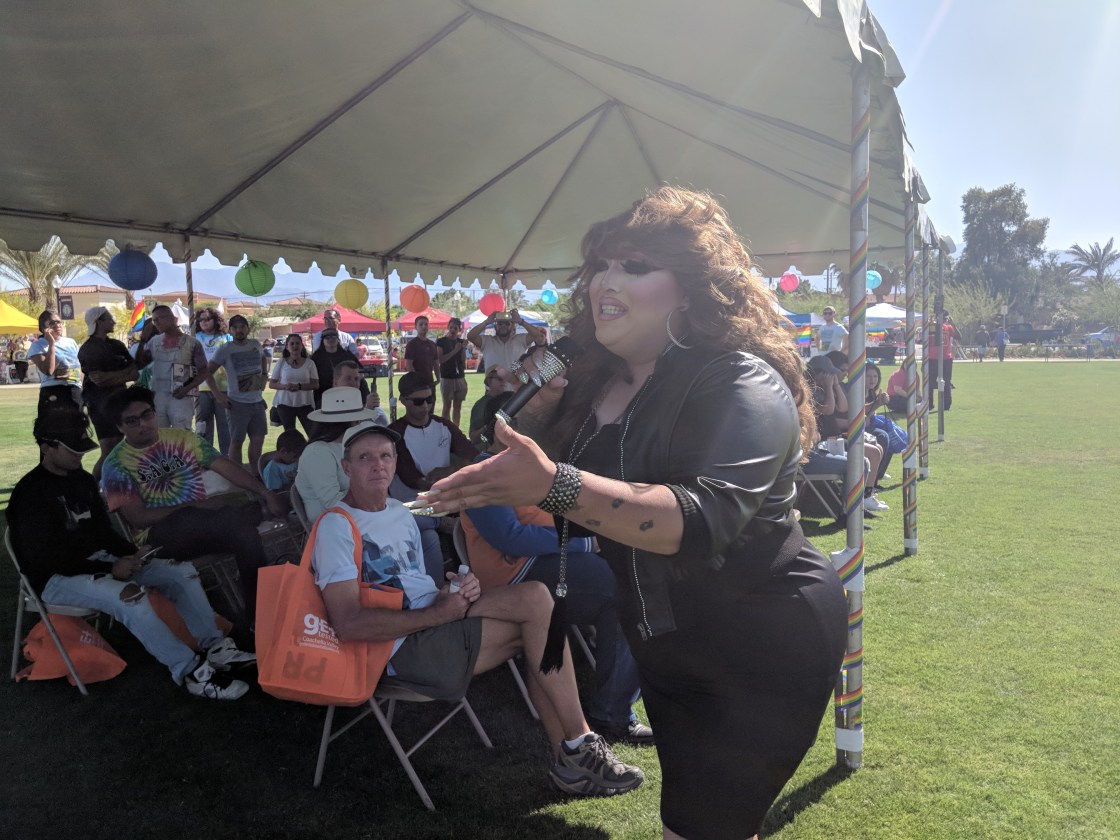 The Coachella Veterans Memorial Park wore the colors of the rainbow during the second annual East Coachella Valley Pride Festival.

It was a pride festival but with an eastern valley flair, Fabeyonce turned-up the energy with a drag performance with music by Latina icon Jenni Rivera, and Indio resident and one of the event organizers Paulina Angel was proud to see LGBTQ pride in her neighborhood.

Angel said, “So amazing to finally see it brought here to the East Valley, we are finally bringing education, understanding and possibly gain some allies.”

For many years, pride in the desert was only associated to Palm Spring’s event in November, but Angel said the Coachella Valley is an extensive region, and they want to see more outreach.

Angel said, “Growing up LGBT, there wasn’t anything down here for the longest time, you had to go to either Palm Springs or even L.A. or San Francisco.”

On Saturday a “marcha de orgullo” or pride march transformed the Coachella Veterans Memorial Park into a safe space for expression.

The superintendent for the Coachella Valley Unified School District, Dr. Edwin Gomez was one of the marchers, he said, “I think it is great to have the kids participate, have the community participate in a great event like this, and it is wonderful to see the enthusiasm of the community and just to be part of it.”

As much as the event was a LGBTQ pride demonstration, it was also an outlet for resources such as HIV testing and prevention education by the Desert Aids Project.

Jose De La Cruz is a community educator with the Desert Aids Project, he said, “The first line of defense is education, and if you are aware and if you are knowledgeable about the infection being here, then you are more likely to take action to prevent it from happening.”

He said the organization has made a push to bring more of their education and resources to the east part of the valley.

And because one in ten people identify as a member of the LGBTQ community, pride will continue to grow into new areas of the desert.

Angel said, “This gives us the chance to finally represent the community that we have here as well.”