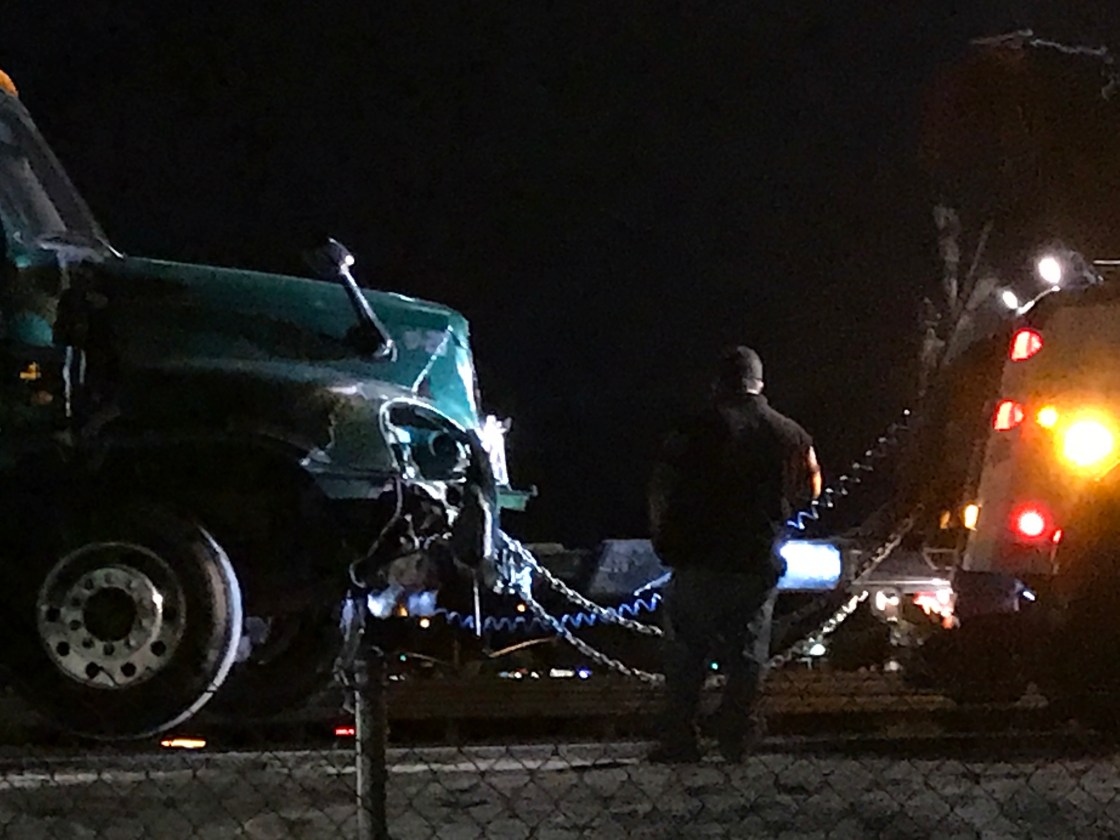 A motorist was killed this morning in a fiery crash involving a big rig on westbound Interstate 10 in Thousand Palms.

Anthony Herrera, 21 of La Mirada, was heading west in a 1998 Honda Accord when the car went off the left side of the roadway, east of Monterey Avenue, for unknown reasons and struck the center divider around 2 a.m., according to Officer Jackie Quintero of the California Highway Patrol.

The Honda then swerved across the freeway and crashed into the right shoulder concrete wall, ending up in the slow lane, where the disabled sedan was struck by a 2012 Freightliner, the officer said.

Herrera was ejected from the car and was pronounced dead at the scene, the CHP reported.

The CHP shut down all westbound lanes of Interstate 10 for about an hour, diverting traffic off the freeway at Cook Street and then back onto I-10 at the Monterey Avenue onramp.

The cause of the crash was under investigation, Quintero said.