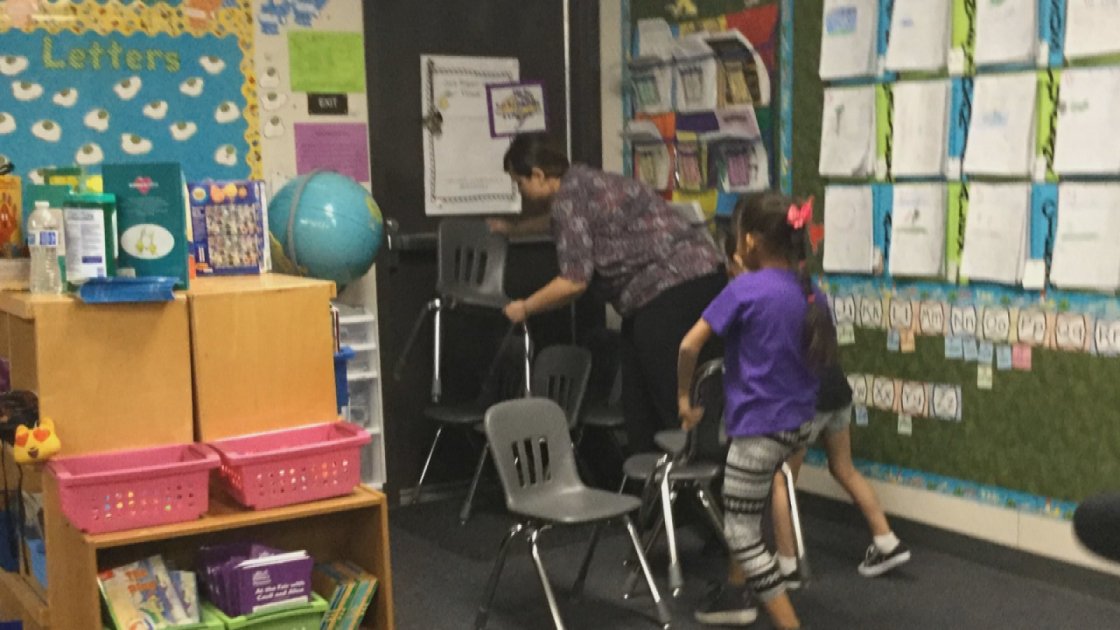 The Marjory Stoneman Douglas High School massacre on Valentine’s Day was one of the worst school shootings in our nation’s history, and as schools continue to be the target for mass shootings, school districts in the Coachella Valley are having to re-think student safety.

Layla Henderson is a second-grade student at Cathedral City Elementary School, and at her young age, she already knows what to do if an active shooter steps foot on campus.

She recites directly from her training by Safe Kids Inc., a company that the Palm Springs Unified School District contracted to teach students and staff survival skills during a violent scenario through the H.E.R.O. program.

The Executive Director of Student Services, Dr. Anne Kalisek, said the idea to contract with the company came from their school psychologists. Dr. Kalisek, “It has been our practice that when the fire alarm goes off you dismiss, well that doesn’t work anymore because you could be dismissing right into an active shooter situation.”

The students at Cathedral City Elementary School went through a real lock-down in March after shots were fired in a nearby neighborhood. All of the younger students had gone through the training but fourth and fifth graders had not.

Josiah Fernandez is in fifth grade, and he said the lock-down came during lunchtime causing havoc among the students, he said, “They didn’t say anything, they just said cafeteria now! And I was so confused.”

The incident never made its way onto campus, but now the entire school has gone through the training.

Kimberly Rodriguez is also a fifth-grade student at Cathedral City Elementary School, she said she would react differently now that she has gone through the training.

“I would probably if there is something extreme happening inside the school, I would run in a zig-zag like they told us to,” Rodriguez said.

But on the other end of the valley, the safety and security director for the Coachella Valley Unified School District, Fred Gonzalez, said they have a different approach to these scenarios.

For starters they do not call it an active shooter training, they have lock-down drills for a critical event, Gonzalez said, “An actual lock-down exercises at all of our sites and they are done throughout the year.”

An armed robbery car chase earlier in the year that ended near Cesar Chavez Elementary School in Coachella prompted a complete shut-down of the school.

“We had every student that was out on the playground, locked and safe with a faculty member within three to four minutes,” Gonzalez said.

They said intruder threats are possible anywhere, yet a standardized active shooter training is not mandated by the state.

Gonzalez said, “In a perfect world yes, that would make sense, every site is unique, so you have to have site-specific plans.”

While CVUSD has specific safety plans for each campus, PSUSD plans to spread the H.E.R.O. program across the board.

Dr. Kalisek said, “If it is standardized across the district no matter which student says that, or which teacher says that, the students know how to respond because you want it to be automatic.”