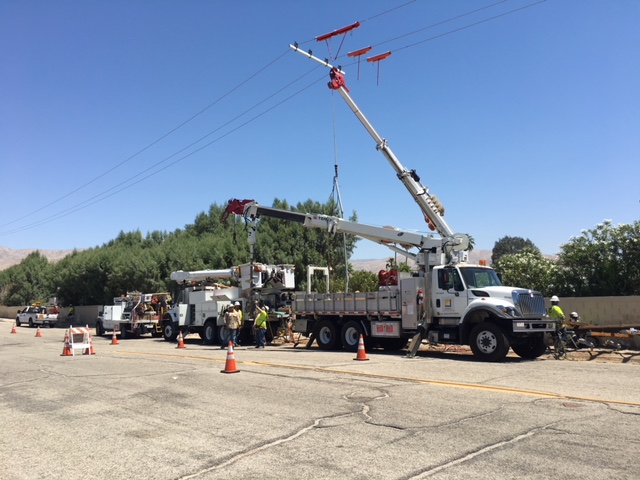 Not tremendously hot for us valley residents, but imagine what that is like without electricity and air conditioning. People in a Desert Hot Springs mobile home park are did their best to cope as a scheduled power outage is forced many of them from their homes.

For Sands RV and Golf Resort resident Ellis Schnieder who relies on an oxygen machine to breath, when the power goes out, it could be deadly.

“I certainly wouldn’t want to sit here and choke to death. Because that’s what it is,” said Schnieder.

For those who don’t have refrigeration, air conditioning or simple comforts to keep them occupied, it’s a battle to stay cool.

“It’s miserable, yeah. I don’t enjoy it, that’s for sure. But you know, you just cope,” said Hidden Springs resident Kathryn Kenning.

Southern California Edison shut down the power to Hidden Springs Country Club at about 9:45 a.m. Wednesday for scheduled maintenance, leaving an entire community to fend for themselves.

“I’m in a swim suit and I’m outside. But I’m holding up okay,” said Kenning.

“You have to do minimal. Stay inside, stay in the shade. Hope there’s a breeze.”

Kenning had about one week of prior notice before the outage. But next door at the Sands RV and Golf Resort. The power went out unexpectedly after a rat blew a fuse in a transformer box, knocking out power to the entire park.

“There was no electricity so we didn’t even have the lighting to make sure everything was safe to know what was going on. We sat in the dark,” said park resident Thomas Williams.

During the outage, residents say they’re forced to keep their activities short and sweet.

“You have to do minimal. Minimal. Stay inside, stay in the shade. Hope there’s a breeze,” said park resident Timothy Mowery.