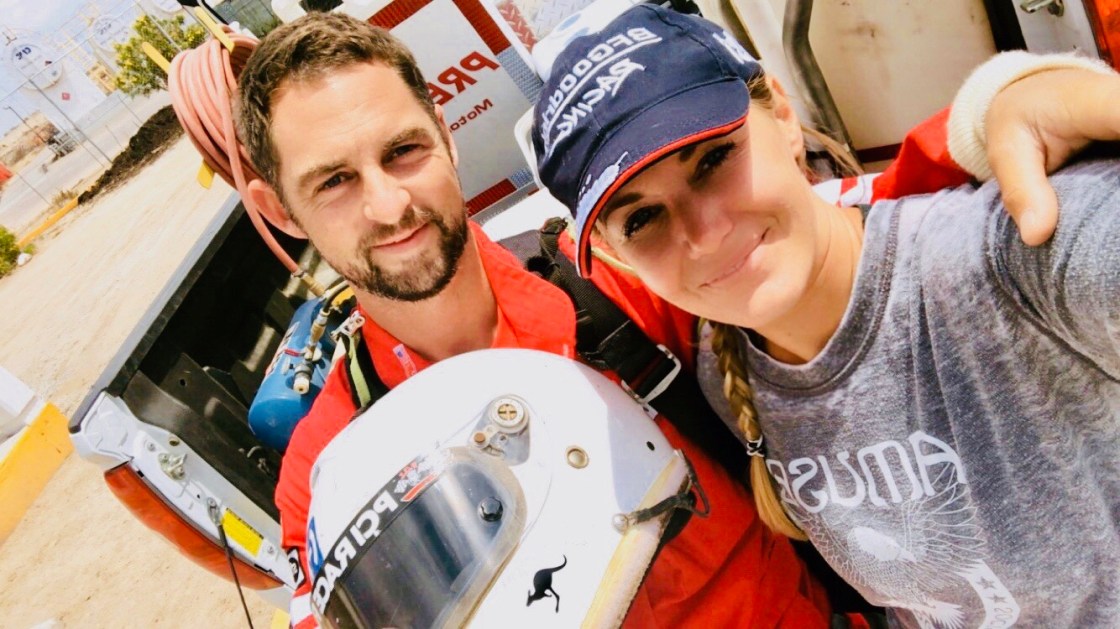 Thirty-six-year-old Wendy Belk, says she’s she’s lucky to be alive, “It was no one’s fault and it was a miracle like a whole bunch of people working together.”

Wendy and her family own and operate Belk Farms in Thermal, they’ve been farming in the valley for over 40 years. But they’re also off road racing enthusiasts. About two weeks ago she and her family were competing in the off road race known as the Norra Mexican 1000. On the last day of the race, Wendy was navigating and her dad at the wheel when suddenly they take a turn, and their car rolls.

She says she got out of the car in an effort to alert other drivers, “I think I got out and sort of standing next to the car to wave other cars down and the car that missed me just missed the corner,” adding the car hit her with tremendous force, “and they actually had to go find me like I was out in the bushes somewhere I‘ve been kind of just hit so far,”

She doesn’t remember much, except for waking up in the in the ICU in mexico. Getting her home for treatment was critical but not easy.

“They got me on the airplane at one point and I was supposed to be stable but I definitely wasn’t stable,” she says.

They had to scramble to try to find another medi-flight. But they finally got her to a hospital in San Diego, where the litany of injuries was long, the worst among them her leg. It will be amputated from the knee down.

“I was the one really that volunteered for the amputation because otherwise I’m looking at months in the hospital trying to salvage something that may or may not work anyways,” says Wendy adding she’s not dwelling on that, “Frankly I‘m just really anxious for the future and getting on with my life.”

Instead Wendy and her family are counting their blessings, “A sense of gratitude that I made it out alive.”

Wendy credits her boyfriend, brother and father with saving her life. And is especially grateful to her mother who she says has been taking care of her in the hospital.