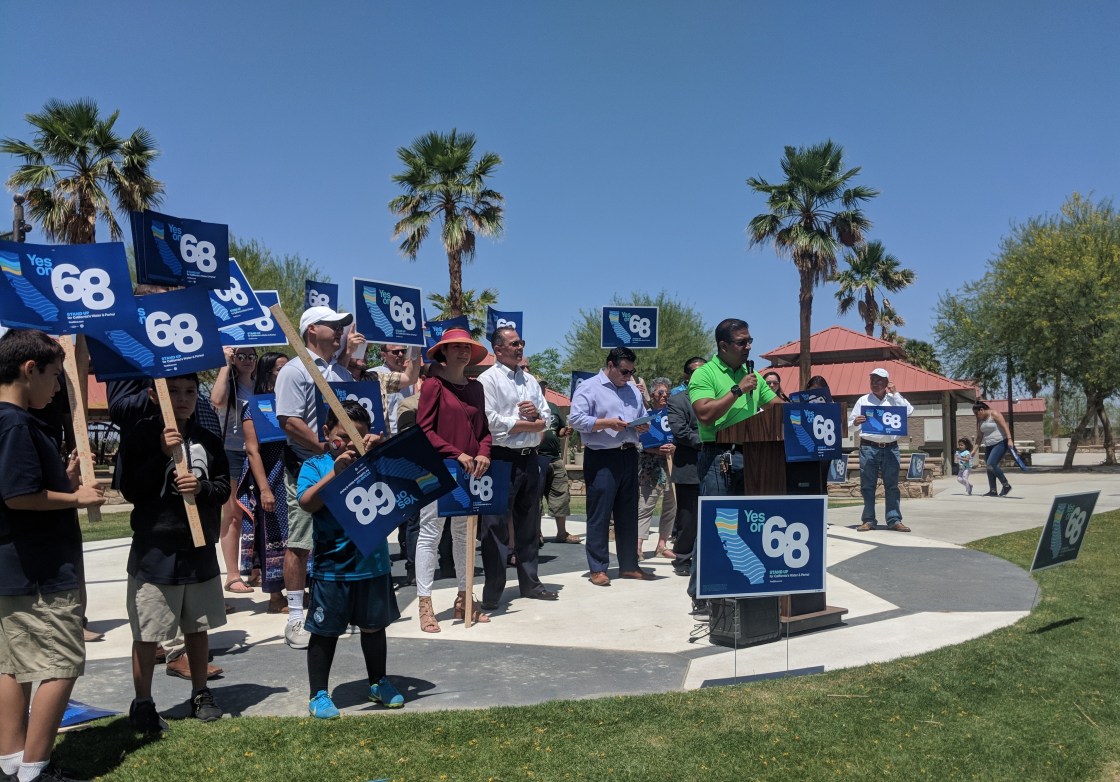 On June fifth voters will make the decision on whether to approve or deny a four billion dollar bond that will pour millions into many natural restoration efforts including those at the Salton Sea and open more funding for local parks.

One of the authors of Proposition 68, Assemblymember Eduardo Garcia, hosted a rally on Saturday at Coachella’s Rancho Las Flores Park to encourage potential voters to cast a yes vote on the coming election.

Proposition 68 would allow the state to borrow $4 billion through a general obligation bond, that the state would pay back over 40 years.

The money would go to fund projects natural resource protection projects and climate adaption projects, with a large chunk going towards the Salton Sea.

The Chairman of the Torres Martinez Desert Cahuilla Indians, Thomas Tortez, said he is in favor of the addition $200 million that would go towards restoration efforts of the Salton Sea.

Chairman Tortez said, “Not only Indio, Mecca and Coachella but as far reaching as Los Angeles, these toxic dust that gets in the air affects our youth and our elders.”

The bond money would also be divided into cities in need of more funding to maintain or build community parks.

The Rancho Las Florez Park where the rally took place was built through a similar water bond during Garcia’s time as Coachella Mayor, he said the park was built with $5 million from Proposition 84.

It is the newest park in Coachella and one of the most used. Tano Quintana is a soccer league coach and he said there is still enough room for all the separate leagues, and he welcomes additional parks.

Quintana said, “We need more parks in Coachella, it is a lot of kids playing and a lot of adults.”

Some fiscal conservatives oppose the passing of Proposition 68 over the accumulated interest in repaying the bonds over a 40 year period, leaving the state to repay an additional $200 million.

But California voters will have the final say on June fifth.