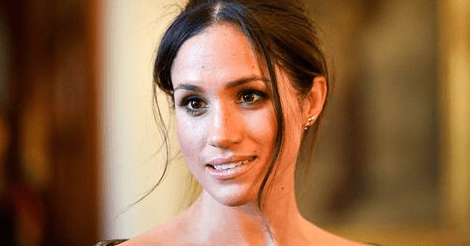 Meghan Markle’s father Thomas Markle announced Monday he would not be attending the royal wedding of his daughter just hours after his other daughter, Samantha Grant, took the blame for setting up her father’s paparazzi photos.

Less than a week before the former “Suits” actress marries into the royal family, The Mail on Sunday reported many photos of her father had been staged. Photographed in Rosarito, Mexico, where he currently lives, Markle was seen visiting an internet café to look at images of his daughter and her fiance, Prince Harry. Other supposedly “candid” pictures showed Markle reading Images of Britain: A Pictorial Journey Through History and getting fitted for a tuxedo.

The Mail on Sunday obtained surveillance footage showing Markle talking to a paparazzo before the pictures were taken. Markle, a former TV lighting director, did not immediately respond.

Samantha Markle, who is writing a book about the bride-to-be, took the fall for their father.

“I have to say, I am entirely the culprit,” Meghan’s estranged half-sister, Samantha, announced on the ITV talk show Loose Women Monday. “As we know the media can take very unflattering photographs of people on their casual days and blow it way out of proportion. I said, ‘You know, the world has no idea you’re getting in shape, doing healthy things. They don’t photograph you buying vegetables and PH water. They photograph you as unflattering ways as they can.’ I said, ‘Really, you need to show the world that you’re getting in shape and doing great healthy things.’ So, I suggested it.”

The palace had no comment on the alleged set-ups. Samantha Markle, who is not invited to the wedding, added, “There’s a lot of scrutiny that it was money motivated; it was not. It was my suggestion that to benefit him and to benefit the royal family, everyone look good and they depict you as you are: in shape and doing healthy things.”

Hours after Samantha Markle’s interview, her father told TMZ the photos look “stupid and hammy.” He argued he merely did as the paparazzi agency told him, which he later came to regret. Thomas Markle added that he suffered a heart attack six days ago, but checked himself out of the hospital in order to attend the wedding. He told TMZ he has now decided not to walk Meghan down the aisle, because he doesn’t want to embarrass Meghan or the Royal Family on her wedding day.

E! News reached out to Kensington Palace, who had no comment.

At this point, it’s unknown who will walk Meghan Markle down the aisle in her father’s absence.