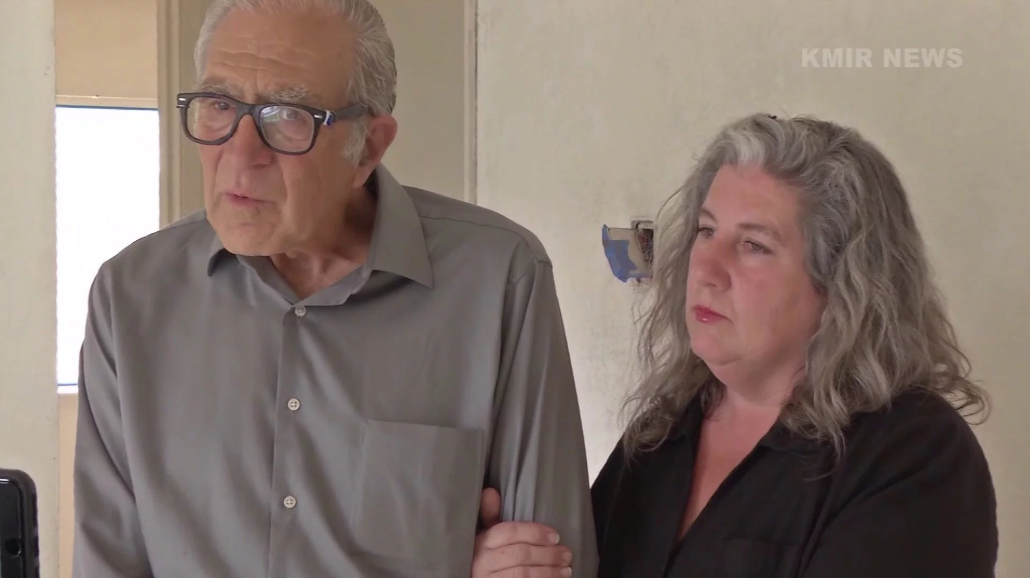 Daniel Panico can’t hold back tears as he speaks about his children, “I love them so much and want all the best for them.”

He and his wife Mona Kirk got to take their children home to Joshua Tree after being apart for months, thanks to a judge who granted their reunion on Thursday.

“It was very trying and exhausting but … we’re happy to have the children back,” says Mona.

They’ve been working towards this since being arrest arrested for felony child abuse in late February after police found the children in a makeshift shelter on their property, charges they say were unfounded, “They were never abused, cruelty it just cut my heart to hear that word in the charges,” says Daniel.

All along family and friends said they were good people who were simply going through tough times. That’s why they rallied strangers and their community raising enough money to get them into a home and supported them during their darkest times.

“We were supported by people all over the world and we could not have gotten the children back without all of the support,” says Mona.

“You’re the best friends and neighbors, I can’t believe that you are so generous thank you,” says Daniel through tears.

While they still have lesser charges pending and family court mandates, they will get through it with their faith and each other.

“Often tragedies rip families apart but it has made our bond stronger,” says Mona.

The couple is due back in court in June.