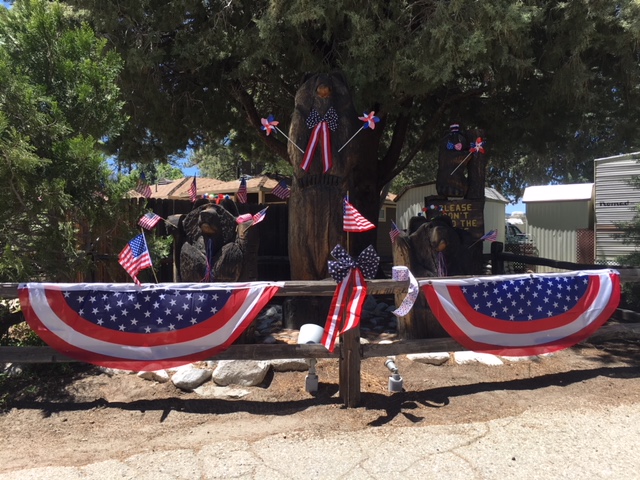 Campers Pour In To Lake Hemet For Memorial Day Weekend

From the rocky coast of Maine to the sandy beaches of California, America is on the move, as the summer travel season gets underway. According to AAA, nearly 37 million Americans will hit the road this Memorial Day weekend, about five percent more than last year.

At Lake Hemet, the campers are coming in, the tents are going up and the barbecues are being strategically placed as they await fresh meat.

For the past 26 years, the Banuelos family has made a tradition of leaving the Coachella Valley behind for the Memorial Day weekend. The sound of lake water softly crashing against the shore calls to them every year.

“We come here because we love the scenery and I like the way that every year we come there is something new,” said Banuelos.

The campgrounds at the lake are packed. Park officials say they expect around 3,000 people this year and that is only the beginning.

“This weekend is kind of the kickoff. It’ll be kind of busy from here on out. Father’s Day, Fourth of July, Labor day weekend kind of closes us out. But we’re staying busy consistently after this weekend,” said Lake Hemet Interim General Manager Chance Gordon.

For the Banuelos family this year is a little different as their Uncle Joe, one of the original organizers of the trip, died only two weeks ago.

“He was looking forward to coming camping this year and he’s not here with us but in spirit he will be,” said Banuelos.

Members of the family hope the tradition will carry on. This year the booming economy is making things a little easier.

“I just appreciate America. And I’m glad that we’re her and everything is going well for us as far as the economy is going good and we look forward to doing good here in America,” said Lua.

“My nephews, my nieces, they have their own family and they are bringing their own kids and hopefully they keep the tradition going,” said Banuelos.