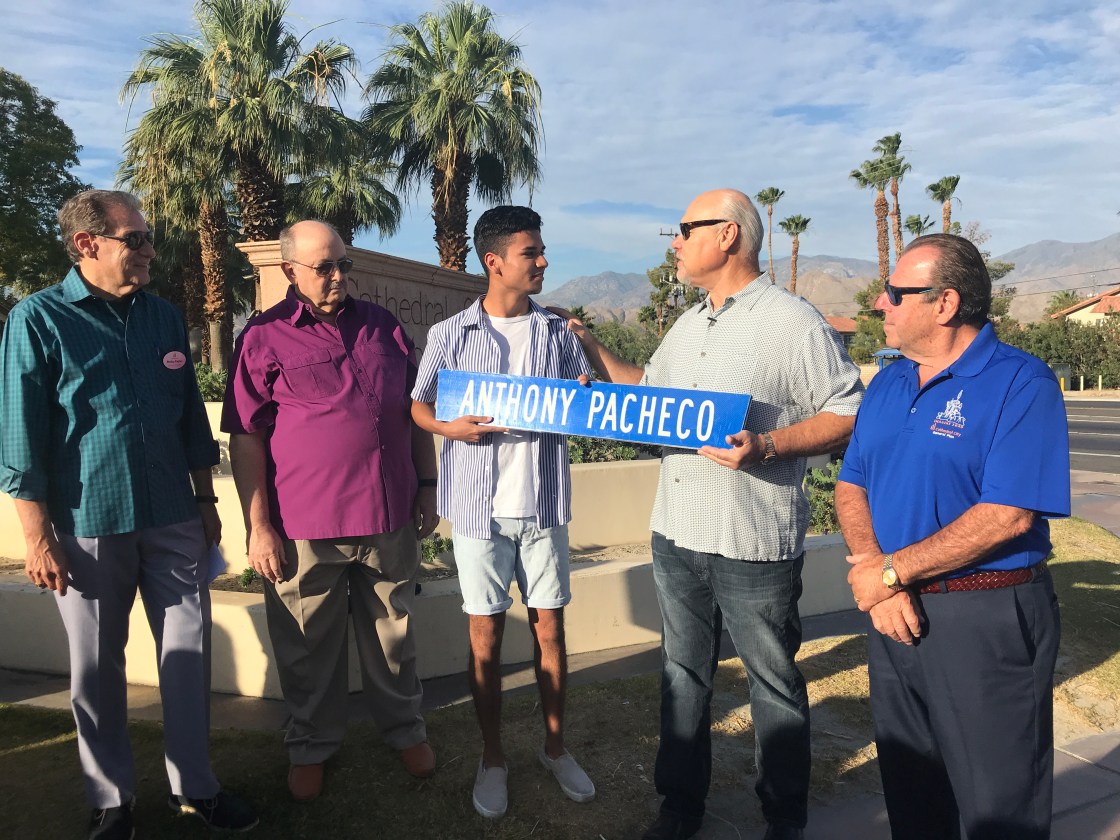 At the intersection of Landau Blvd and McCalum Way is better known as the Stephanie Lopez-Duardo Street.

She’s graduating top of her class from Mount San Jacinto, but that’s not the only reason she was picked.

Mt. San Jacinto Principal Brian Hendra says, “she’s kind, she’s nice, she focuses on her academics, she’s an incredible artists, she tries to make everybody feel welcomed, and if we could have more kids like her it would be great.”

Anthony Pacheco from Cathedral City High School is also getting his own street. He is graduating with a 4.6 GPA, but that’s not all.

Of course his parents are bursting with pride. “Oh words can’t even describe how proud we are of him. He did everything on his own, he had focus all four years of high school,” says his father, Anthony Sr.

And it’s the focus that makes him an inspiration to his classmates. Fellow classmate and friend, Adriana Ortega says, “he’ll be tired, and he’ll get out of dance practice at 8 o’clock at night, and he has to study for a quiz the next day. He’ll ace the quiz and he’ll go to sleep at 1 in the morning, but he won’t complain about it ever.”

Pacheco says even if you come from a small city, you can do big things. “Just always believe in yourself and never give up, just go for the gold, stay positive and just go for it,” he says.

Stephanie plans on attending College of the Desert with dreams of becoming a nurse. Anthony will be attending the University of Southern California.