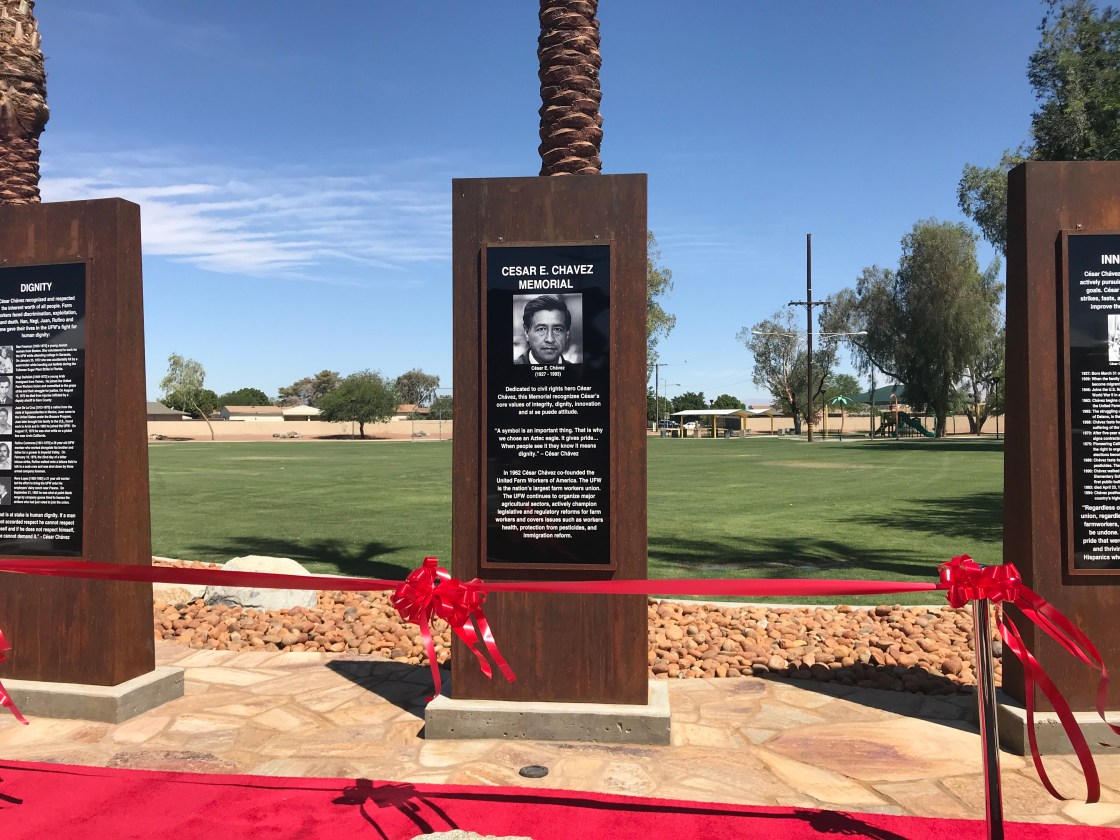 Coachella Mayor Steven Hernandez says, “Coachella has a fighter spirit and I think this monument, this reminds them of that can-do attitude.”

Chavez was a civil rights leader who fought for a better livelihood for farm workers. His son was emotional seeing the new memorial dedicated to his father.

“For us this is an opportunity to pay tribute to some of those core values and that never give up attitude of si se puede  or yes we can,” says Mayor Hernandez.

The goal is not just to memorialize, but to educate young generations about the importance of service to others.

Cesar Chavez Elementary School principal Robert Hughes says, “As they walk through in their own city, they can take pride and understand why we take pride in such a great man as Cesar Chavez.”

The Mayor of Coachella says the next goal would be to create a national Cesar Chavez holiday.