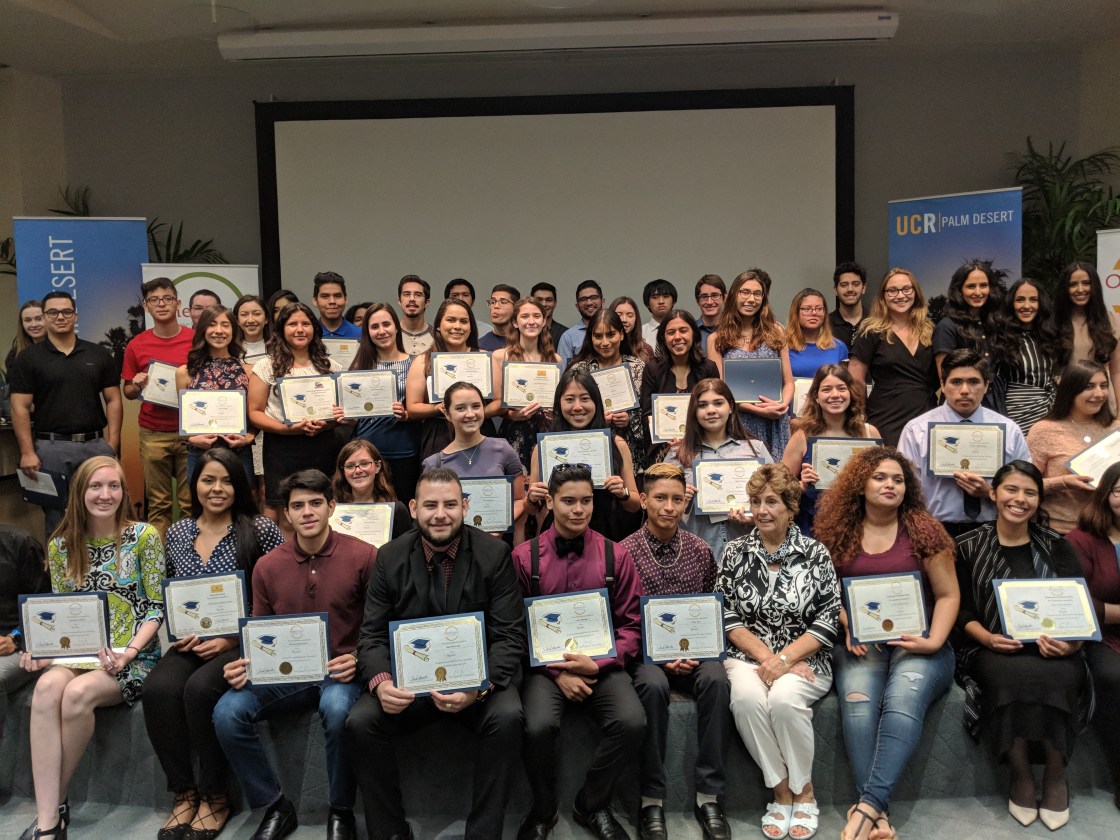 The hard work is starting to pay off for a group of Coachella Valley students, a local scholarship organization is partnering with business leaders and together they are awarding over a million dollars in scholarships.

Christina Gregorio is the Director of College & Career Success for OneFuture Coachella Valley, an initiative that began as part of the Coachella Valley Economic Partnership but became its own organization recently. She said many of their scholarship recipients are doing something many of their parents have never done before, they are going to college.

Gregorio said, “And sometimes they don’t know how to navigate the college scene, how to access the right resources.

She said their purpose is to fill in the voids for first-generation college students, and they are celebrating 10 years of helping students achieve their goals. Since their start in 2009, they have awarded over 13 million dollars to about 2000 scholars.

Gregorio said, “This year alone we’re awarding about 1.2 million and we’re going to have about 285 to 300 students, a few are still being selected as we speak.”

She said the goal is to award local students through scholarships and eventually one day they will return to the desert and give back to the community.

That is exactly what Sara Kamoei is doing, she was among the first to receive a scholarship back in 2009. She is now a partner with OneFuture, and awarding six students with $5,000 scholarships through BBS Brokers Realty, a family company ran with her two sisters Bahareh and Bita.

Kamoei said, “I know what it means, it means having that second family away from home, having the support of a group who believes in you and they are really there for you every step of the way.”

And everyone needs a little extra support, especially when there are big goals at stake. Cristina Valdez is graduating from Desert Mirage High School and headed to UCLA to study medicine, she said, “I hope to become a doctor one day, I am not sure of the specialty, but I definitely want to come back and be a doctor here in the Coachella Valley of Mexican descent.”

Next March is the deadline for the OneFuture Coachella Valley scholarship application for Fall 2019.