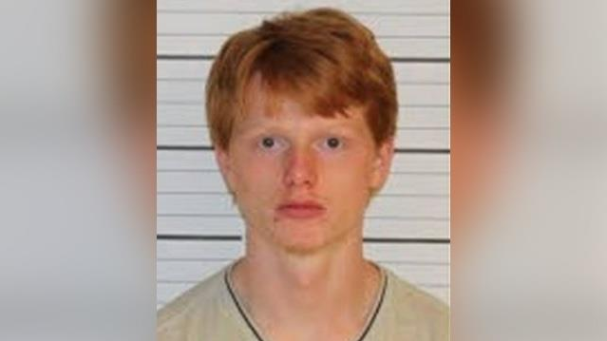 Police in Tennessee say a woman fought back when her son’s teenage friend tried to rape her during a sleepover at her home.

According to Fox 13, investigators say the incident took place around 2:30 a.m. Monday at a home in Arlington.

The mother had reportedly gathered all of the alcohol in the home, brought it into her room and locked the door.

A short time later, Corter allegedly knocked on the door. When she opened it, he allegedly forced himself into the room and locked the door behind him. He then allegedly pushed the woman onto the bed and placed his hand inside her pajama shorts.

According to a criminal complaint, the woman was able to knee Corter in the groin and grab a pistol. She was then able to point the gun in Corter’s face and tell him to leave.

Police were notified of the alleged incident after the victim reportedly told her boss at work what happened. The alleged attack left her with a black eye.

Arrest records show Corter cried when he was interviewed by police. He reportedly told officers he “forced the victim to do the things she didn’t want to do” and “should not be forgiven.”

Corter’s step-grandfather defended the teen and called him “a good kid” who “just graduated high school.”

The Shelby County Sheriff’s Office, which handled the incident, posted an article on Facebook with the caption: “Know who you invite into your home.”

The Lexington Herald-Leader reports Corter’s bond was set at $30,000.